Who Should Record my Funeral Wishes? 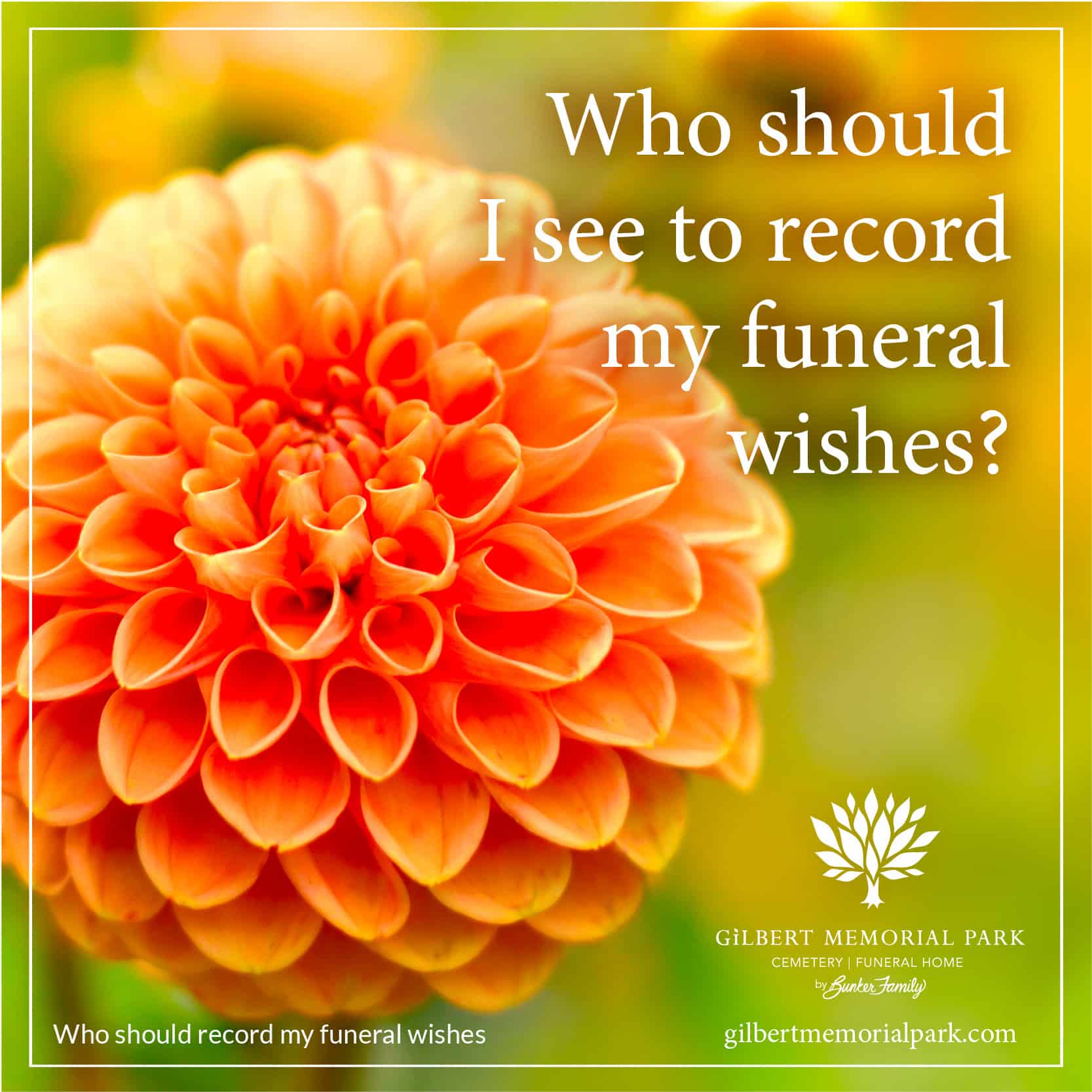 There is a woman who once thought that she’d like to have a hologram made of her wearing an Obi-Wan Kenobi robe for her funeral. Her four sons grew up during the Star Wars era and similar to Obi-Wan, she would love to pass along the wisdom she acquired over her lifetime to those she loves. And yes, she would also like to have the last word!  So who should this woman see to discuss and share her wishes? Should she talk to an attorney? Her financial planner? Or a funeral director?

Both her attorney and financial planner suggested they could help but she wasn’t convinced based on her past experience. When her parents died the funeral was over before she even started to work on the finances and the estate. And there was so much attention paid to the final, final part…burial or cremation. She decided to contact her family funeral home and she met with Sue, the advance funeral planner. As it turns out, helping people get their funeral plans in place is Sue’s only job at the funeral home. And help this woman Sue did!

They talked about what this woman thought she wanted for her funeral plans. They talked a lot about her family – her husband, her four grown up sons, their wives and their children. Sue helped this woman see that although her sons would appreciate the Obi Wan idea, her husband would need something a little more traditional with a spiritual element. They talked about the cost and how she could keep that under control. They also talked about the burial and cremation options. Sue explained to the woman that if she wasn’t ready, she didn’t need to make a decision about burial or cremation. The woman ended up talking to her family about it and she was able to get her wishes recorded at the funeral home and she decided to use a payment plan. With her plan in place, she can go in and change her plans at any time (e.g. if she decides she wants to be cremated at a later date) and Sue will help her with that.

Sue also suggested the woman begin gathering those words of wisdom that she wants to share at her funeral and bring them to Sue so she can put them in the file. On the day of the woman’s funeral, the funeral directors will print these words of wisdom and hand them out to those attending the funeral. As it turns out, holograms aren’t available just yet, but Sue thinks they may be prior to this woman’s death.