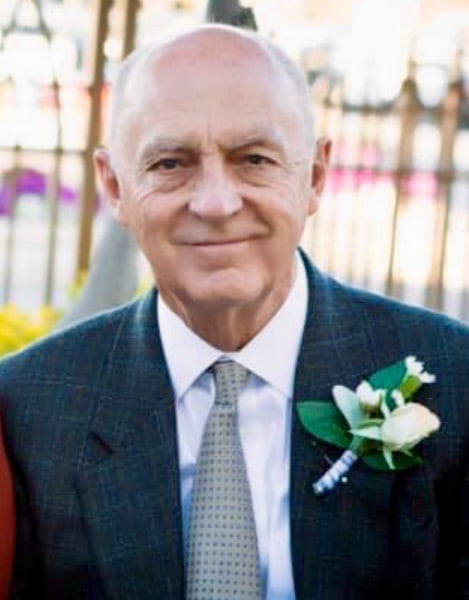 Bill was born on December 2, 1937, in Wadsworth, Ohio to Andrew and Grace Reid.  He spent his early childhood in Ohio but moved with his family to Chandler, Arizona in 1947 to improve their mother’s health.

After graduating from Chandler High School in 1955, he went on to receive his Bachelor of Science in Education from Arizona State College at Flagstaff (now known as NAU) in 1961.  He started his career as a Junior High School Math and Science teacher.

After being passed over for a Principal position, he said he “got mad” and decided to go back to school and become an Optometrist.  He and his wife Loretta, packed up their four little girls under the age of 5, loaded them into a Ford Falcon and headed north to Forest Grove, Oregon.  There he started his Doctoral Program in Optometry at Pacific University.

It was a struggle to study and provide for his family, but he managed to get through a condensed three-year program by working the night shift at the Plaid Pantry, a local convenience store.  He graduated with his Doctorate in Optometry in 1969.

The Vietnam War was raging, and the government needed an optometrist from the southwest region of the United States. Right after graduation Bill was drafted into the military and was assigned to Ft. Gulick in the Panama Canal Zone. After Basic Training in San Antonio, Texas he reported with his family as Capt. Reid, OD. He would work in the medical clinic there for the next three years. He said many times that Panama “was like an exotic vacation after Oregon” and he loved his experiences there.

In 1972 his family moved back to Chandler, Arizona and Bill started building his practice.  It was tough at first.  He joined the Air National Guard to supplement his income.  A couple of weekends each month he would go “play soldier.”  He ended up staying in the Guard for 26 years, retiring with an Honorable Discharge as a Lieutenant Colonel.  Over those many years he had the opportunity to travel the world and provide medical service on humanitarian missions to places like Ethiopia, Nigeria, Spain, and the Navajo Reservation.

Never one to be idle and having a very curious and inquisitive mind, he developed many wonderful talents and hobbies including, but not limited to pilot, poet, potter, carpenter, and woodworker. He was a lifelong learner.

Building a successful practice, he sold it and retired at the age of 65.  Then he went to work for the new owner, Dr. Wagner.  He continued to practice optometry for another 18 years, finally retiring for good at age 83.

He was dearly loved and will be greatly missed by all who knew him.  He leaves behind his wife of 64 years, Loretta Farnsworth Reid; 5 children, Kerri Jensen, Kelli Bradley, Kathy Duty, Kristi Reid, and Ken Reid; 18 grandchildren and 20 great grandchildren; a brother, Richard Reid; and a sister, Becky Ririe.

Please copy/paste the YouTube link below to join the service: