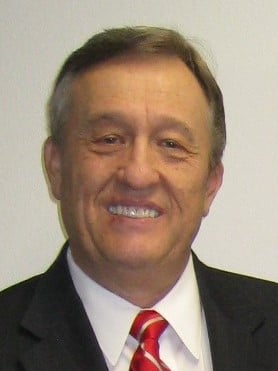 Tim was born on August 28, 1949 in Pocatello, Idaho to Hugh and Marie Baldwin. He spent his early childhood and attended school in the Tyhee area.  When he was nine years old his family moved to the Moreland area and bought a farm.  He enjoyed growing up on the Baldwin Ranch, riding horses, milking cows, moving pipe, and working in the potato harvest.  He taught himself to play the guitar and was the lead singer in a band in high school.  He attended Snake River High School and Ricks College.

Tim was an active member of The Church of Jesus Christ of Latter-Day Saints where he served in several capacities, including Bishop and High Councilor.

Tim made his home in Arizona where he raised his five children and had a long, successful career working for Beneficial Life Insurance Company. His greatest passions were spending time with his children and grandchildren, singing, playing the guitar, watching his family participate in athletic and musical events, and teaching them about the Gospel and our Savior.  He always loved being with his children and grandchildren, especially playing at the park and going on road trips.

He is preceded in death by his parents and two brothers, Van William Baldwin and Abram Hatch Baldwin.

His family would like to thank all the doctors and nurses at Chandler Regional Medical Center and Ironwood Cancer and Research Center.

Burial will be in the Gilbert Memorial Park Cemetery.