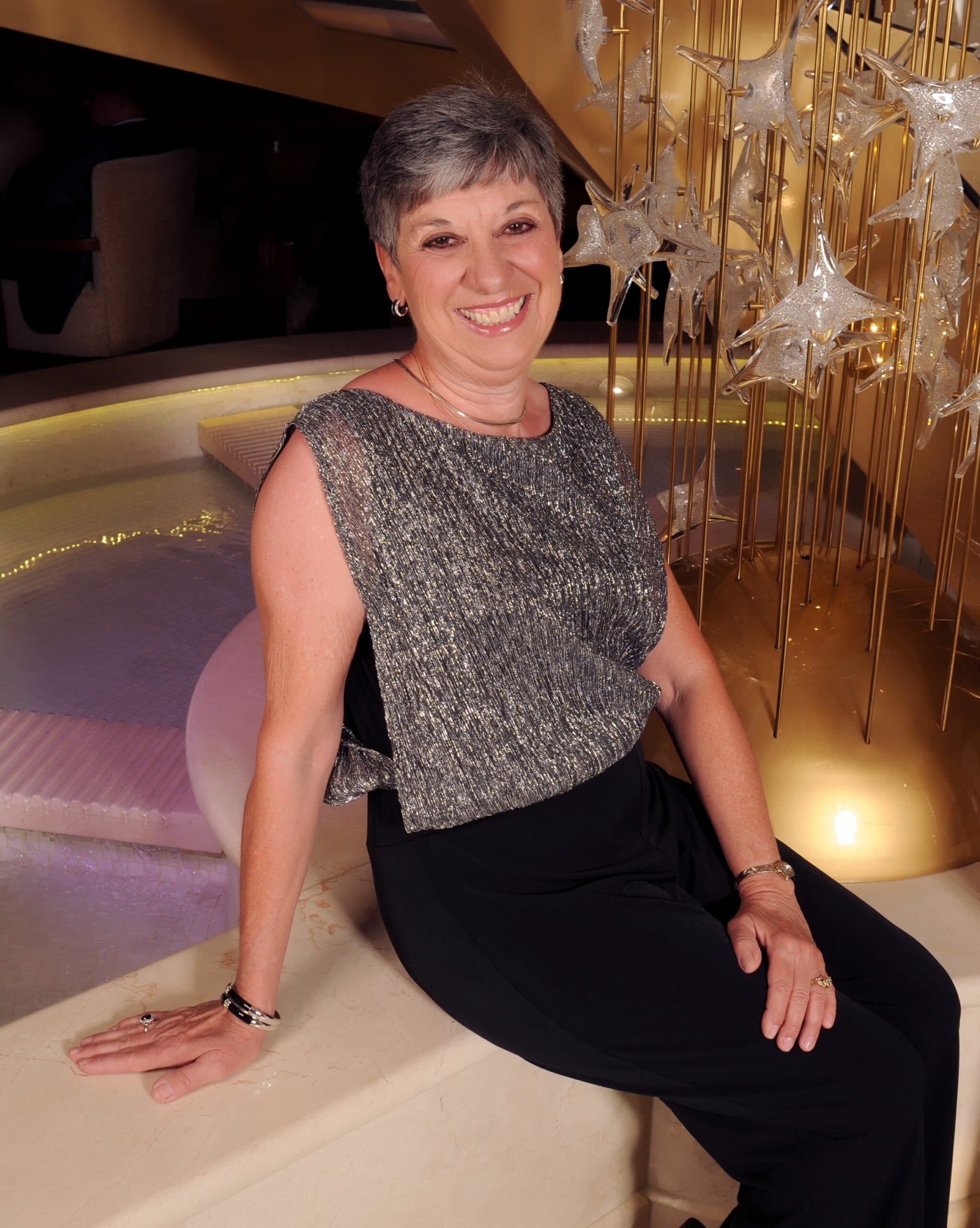 Terry White was a caring wife, mother, and best friend. She left this world suddenly on August 12, 2021, at age 78.  Terry is survived by her husband, Bill White, her daughters Pam Hunley and Deb McIntosh, her dog Dotti, and her sisters Shirley Carey of Mesa AZ. and Mary Outzen of Milwaukee, WI.

Terry was born to Fred & Caroline Jardine on June 9, 1943. Her parents divorced when she was 3 years old and her mother remarried Russell Stoner in 1947. She was then adopted by Russell Stoner shortly thereafter and he is the only father that she ever knew.

At age 19, Terry married her first husband, Jerry McIntosh, and had her first daughter, Pam, at age 20. At age 22, her second daughter, Debbie, was born. Terry and Jerry divorced in 1984.  She was single for 8 years before meeting the love of her life, Bill White.  They were married on August 28, 1992.

From an early age, Terry had a love for music and loved to dance. She hurried home each day from school to watch American Bandstand on TV.  The eight years she was single were spent going to many happy hours and dancing the night away. She and Bill also danced together frequently on cruises and while living in Trilogy. She loved to do the Electric Slide, the Twist, the Chicken Dance, the Macarena and just old rock and roll steps. Some of her favorite singers were Rick Nelson, Barry Manilow, Dean Martin, Air Supply and George Strait.

Terry’s second passion in life was her love of travel, especially cruising. She went on 30 cruises and loved seeing different countries and enjoyed the entertainment onboard the ships.  Terry has traveled to many islands in the Caribbean, different cities in the US, Mexico, London, Spain, France, Africa, Australia, New Zealand, Tahiti, Italy, Greece, Turkey, Malta, and Canada. Terry and Bill owned a timeshare in Hawaii for many years and she loved traveling there and being by the ocean.  Her only travel regret is that she never got to go on an African Safari.

In 2007, Terry and Bill moved to Trilogy.  Their first house was on Donato Drive where they met many new friends. Terry was involved with planning a lot of the events at Trilogy, especially the dances. They also attended many block parties and enjoyed playing Bunco and Mexican Train with their friends. In 2014 they moved to Blue Spruce Lane in Trilogy where she made additional friends.

Terry faced many medical challenges throughout her years, but her biggest challenge was the loss of her eyesight in early 2016. She lost total sight in one eye and had minimal vision in the other. Over the last several years what vision she had left has slowly been diminishing.

Terry and Pam have always been close and have traveled together frequently, along with many shopping trips and going out to lunch.  The last two years Terry’s life drastically changed with her diminishing eyesight. She was no longer doing things with many of her friends and the bond between Terry and Pam grew and grew. Terry would look forward to her daily phone calls with Pam and listened enthusiastically while Pam talked about her travel business and her clients traveling. She would visit with Pam every weekend and her last trip she took was a birthday celebration in June to Le Blanc Los Cabos with Pam.  They spent the entire weekend reminiscing on this trip.

Terry was surrounded by loved ones who will continue to honor her legacy by living their lives to the fullest.