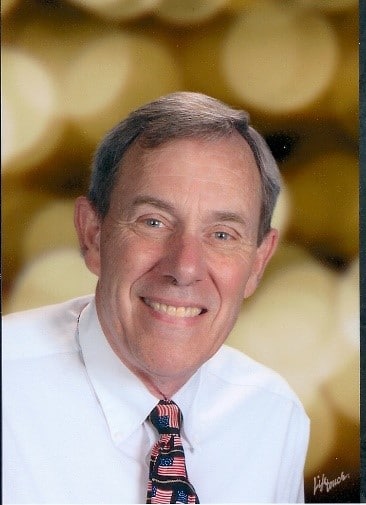 Scott Louis Duncan died April 18, 2020 in Gilbert, Arizona, after an 8-year battle with Alzheimer’s Disease. Scott was born in Phoenix on April 7, 1947 to Louis Clifford Duncan and Gerlene Ogzewalla. He was the oldest of four children (Kent, Phil, Rozanne).  He was blessed to marry Elaine Lambert in the Mesa Arizona Temple of The Church of Jesus Christ of Latter-day Saints in 1971.  They would have celebrated their 49th anniversary this summer.

Scott was born and raised in Phoenix and attended the University of Arizona before his mission and then Brigham Young University and Arizona State University, where he earned his Bachelor’s degree and eventually a Master’s degree in Public Administration.

He served as a missionary for The Church of Jesus Christ in the Swiss German Mission from 1966 to 1969.  In 1980 the family moved to California. He was called to serve as a bishop in the Victorville First Ward and numerous other church assignments while there.  In 2014 he again served as a missionary with his wife Elaine in the New Hampshire Manchester Mission.  While serving as record preservation missionaries they digitized 620,561 images of probate records.

He had two careers, first in public administration in Arizona and southern California and then found his true calling as a beloved elementary school teacher in Victorville, California until his retirement in 2014. A friend remembered seeing him each morning at the beginning of school, greeting each of the children by name with a smile.  Except for spirit days on Friday he always wore a dress shirt and a tie so his students would know that he always went the extra mile to look nice for them.

In the last eight years of his life he was limited by Alzheimer’s disease.  During all that time, he was lovingly cared for by our mom.

He is survived by his wife Elaine, his children William (Catherine), Scott (Angela), Benton (Becky), and Amy (Christian Whitney).   Scott and Elaine’s greatest treasures are their 22 grandchildren who live in North Dakota, Utah, California, Canada and Arizona.

A graveside service will be held on Friday, April 24 at the Gilbert Memorial Park in Gilbert Arizona.