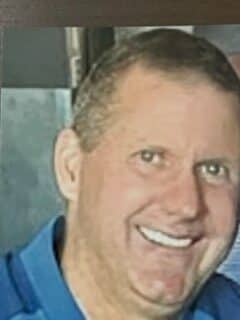 Roger W. Clark, 56, of Gilbert AZ, passed away peacefully on January 5th, 2023. Roger was born in Boston, MA to Agnes and Roger Clark on December 12,1966. After Roger graduated from Westwood High School (Mesa) he pursued a degree in Mathematics from Arizona State University.

Roger was an avid sports enthusiast, spending much of his time playing tennis, golf, running, biking and rooting on his favorite Boston teams, Red Sox and New England Patriots. Throughout his life he loved travel and had been to several beautiful tropical locations to enjoy the peace of the ocean with his adored family.

Roger was predeceased by his father Roger. He is survived by his beloved wife Jeannine; his two children, Brody and Casey Clark; his cherished mother Agnes Clark; his sisters, Julie (Christopher) White, Suzanne Gonzalez; his brother Kevin (Leslie) Clark; his nine niece, nephews and great nephews.

A 10 am funeral mass will be celebrated February 2, 2023 at Resurrection Catholic Church in Tempe, followed by a private gravesite service at Gilbert Memorial Park Cemetery and Funeral Home in Gilbert.

In lieu of flowers, donations can be made in Roger’s memory to the Southwest Tennis Foundation at https:/www.swtennisfoundation.com/donate.html to honor his love for the sport of tennis.

Roger was a kind, positive, uplifting and beautiful soul who will be deeply missed by all who knew him.