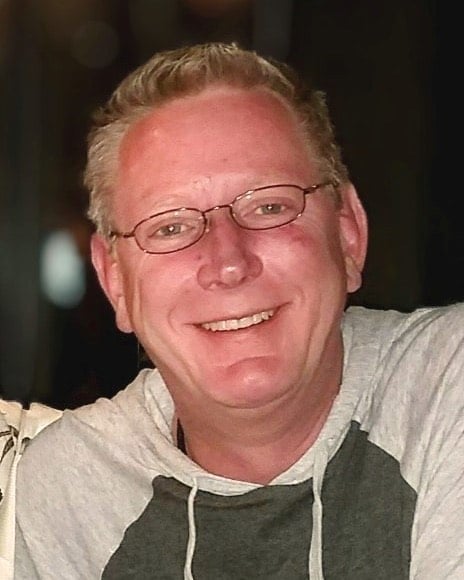 Raymond Edward Harms Jr. is fondly known as Ray. He unexpectedly passed away on November 18, 2022. He is survived by his wife Edith Harms, family and many friends. He was born on July 06, 1964 to Helen and Raymond E. Harms in Bloomington, Illinois.

He studied Industrial engineering at Millikin University and earned a Master of Business Administration at University of Michigan.

Throughout his professional life, Ray worked with different companies as a project manager, general director and vice president with outstanding performance for his great entrepreneurial approach and work strategies which led him in 1995 to lead the transfer of important production lines from the United States to Monterrey, Mexico.

He was characterized by being a person who enjoyed learning about different cultures especially sympathetic to the Mexican culture to such an extent that he learned fluent Spanish in three months. He ate street tacos in the stalls outside of the production plant surrounded by the production staff, always with his characteristic smile or scandalous laughter that could be heard from a distance.

He always showed kindness, simplicity and a big heart. Two years ago, He drove 2000 miles to Houston to pick up Whimpers a puppy that was rescued from the streets in Houston.

Upon retiring in 2003 he joined the police department of Haverhill, Massachusetts, as a part-time volunteer police officer, for which he was entrusted to St. Michael the Archangel and always had great sympathy and admiration for the United States Navy.

Ray enjoyed traveling the world as well as diving, photography, shooting, camping, rock and heavy metal music, cars, NASCAR racing, and big fan of the Chicago Cubs and Detroit Red Wings. One of his favorite movies is King of Mountain as it reminded him of his time with friends in Illinois. Ray was a wonderful son, husband and friend.  We’re all going to miss you.