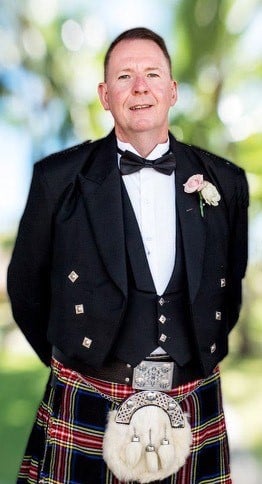 It is with deep sorrow and much love that we mourn the passing of Peter Martin Clarke of Gilbert, Arizona on January 5th, 2023, at the age of 56.

Peter, fondly known to his friends and family as Martin, was born to Peter and Annie Clarke on November 2nd, 1966 in Bellshill, Scotland. Martin earned his Bachelor of Science in Engineering while in Scotland, which led him to Arizona in 1999 to work as an electrical engineer for Motorola. He later continued his career at ON Semiconductor where he managed projects in research and development. In 2004, he married Christy and together they were blessed to raise four incredible children.

Martin was deeply faithful and trusting in God. As a devout Catholic, he was a parishioner at St. Andrew the Apostle in Chandler, Arizona, and he was proudly a Fourth Degree Knight of Columbus with the Raul G. Navarrete Council #9482. Martin also served his community through coaching soccer. By coaching, he not only shared his love for the sport, but he mentored the young people on his team. He will be truly missed by all the individuals he impacted through his altruism.