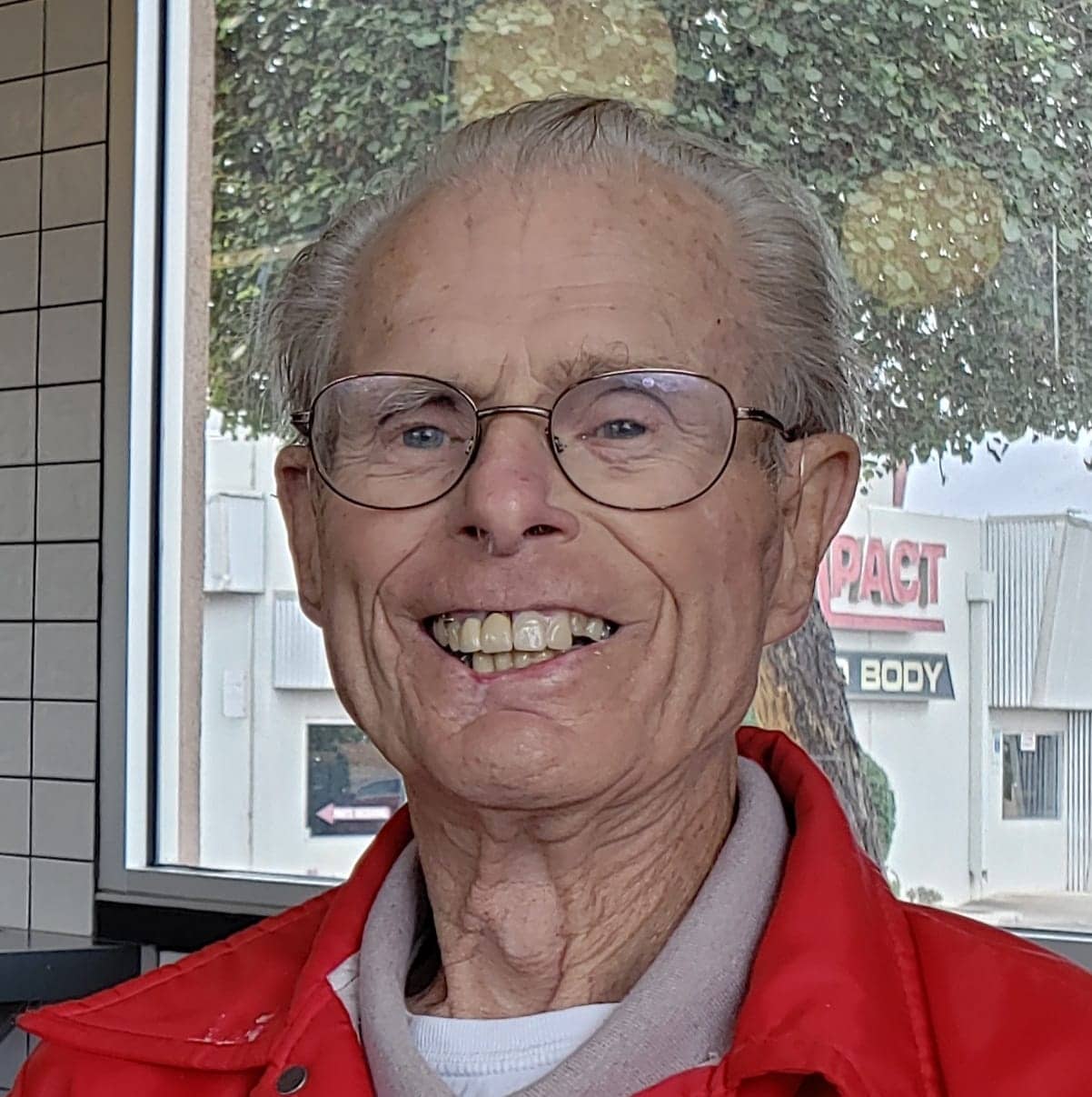 Miles W. Ehlers a.k.a Cookie, age 89, passed away on January 29th, 2021 in his Mesa, Arizona home. His final moments were spent with his family.

Born January 15th, 1932 in Blue Island, Illinois, Miles grew up with a large family and was the fourth oldest of twelve siblings.

Growing up, he attended Eisenhower high school before joining the Air Force from 1952 to 1956. After the service, Miles worked for various companies, including Illinois Brick, B&O Railroad and DuWell, before working at Modern Drop Forge as a boil maker from which he retired after 24 years.  Although retired, that did not stop him from working. Not too long after moving to Arizona in 2000, Miles worked for Bashas’s Grocery and later Walmart as a greeter. During this time, he made many friends of co-workers and customers alike, often being recognized in public as if he were a local celebrity. Miles loved nothing more than meeting new people and he wasn’t one to sit still.

In 1957, Miles married the love of his life, Jean. They had two children, Thomas and William. Sadly, Thomas passed away when he was young and Jean passed away in December 2003 after 46 years of marriage. He is survived by his son William and his wife Kathy, four grandchildren, three great-grandchildren, and other family and friends.

Miles had many hobbies. He loved fishing, poker, horse racing, and baseball. Miles was a lifelong, avid Cubs fan. He was never one to shed a tear but he was close in 2016 when the Cubs finally won the World Series. Wearing his, “Once before I die” shirt, Miles was fortunate enough to witness his favorite team achieve greatness.

A small viewing / wake is being held at Gilbert Memorial Park Cemetery & Funeral Home. His final resting place will be alongside his wife, Jean, and their son, Thomas, in Alsip, Illinois.