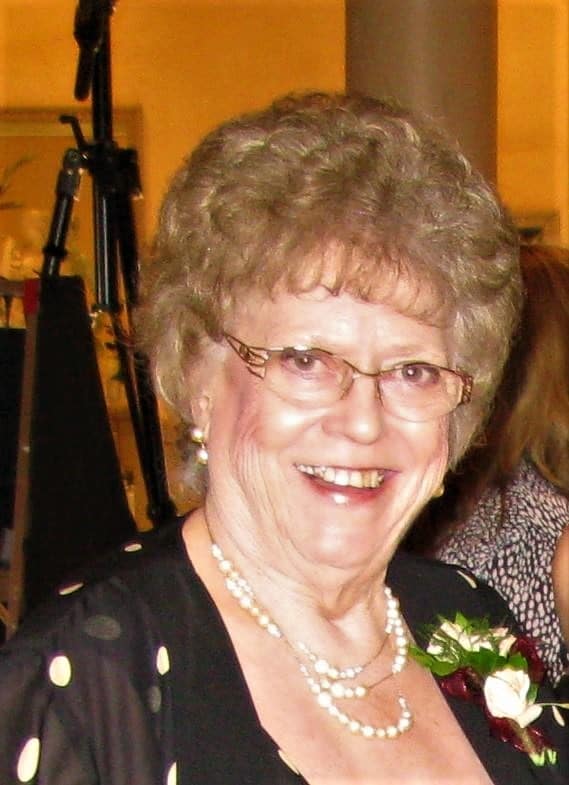 Mildred Nanette Dawson, known to her friends as Nan, and to her grandchildren and great grandchildren as Nanny, is now at peace in the arms of her savior. God called her home on Saturday, December 28, 2019 at the age of 84.  She is survived by her loving husband, Donald Dawson, and their four children — Lori Ann Singleton, Jenice Hughes, Don Paul Dawson and Jon Mark Dawson. One thing Nan so enjoyed was being “Nanny” to 12 grandchildren and 15 great grandchildren. She cherished family celebrations where she could be surrounded by them all.

Nan was born on April 26, 1935 in a modest farmhouse in Wills Point, Texas, a small town outside of Dallas, to Archie Neal and Mildred Loreen Herrin.  She was a beloved sister to her older and younger brothers, Archie Neal Herrin Jr and John Herrin, who preceded her in death.  She met her husband Donald, as the two of them lived across the street from each other in high school.  It’s said — Nan and her mom would sit on the front porch drinking iced tea so that she might catch Don’s eye when he walked home from his after-school job at the newspaper.  And that she did!  After their courtship as high school sweethearts, Don and Nan married on November 7, 1953.  They moved to Arizona in March of 1967, raising four children in Mesa, and then retiring in Gilbert.  In November of this year, they celebrated 66 years of marriage – her love for Don, and his love for her, enduring for eternity.

Being a mother and loving wife filled her life with joy, but she also loved her hobbies. Whether it was macramé, stamping, basket weaving, or sewing her girls’ dresses when they were young, her hands were busy.  In more recent years, she made hundreds of beautiful, intricate greeting cards.  She also was a fine bowler in her day and enjoyed team tournaments and trips to Las Vegas with her women’s team.

While Nan was busy raising four children, she always found time to be active in her church until more recently when health issues made it impossible.  Her faith was strong.  Over the years, she taught various Sunday school classes and in the early 70s, she and Don had a bus route to pick up children in South Phoenix for Sunday services.  She led women’s groups, sang in the choir, organized Vacation Bible Schools, and held positions as the church day care administrator and church secretary.  Down home sermons and good old-fashioned gospel music nourished her soul.

Nan was feisty, she was strong and independent, and there wasn’t a kid or grandkid who didn’t “snap to” when Nanny said so!  Her life was defined by her faith, her family and her friends.  She will live always in the hearts of those she loved dearly and those who loved her.

A memorial service is planned for 11am on Saturday, January 11 at the Gateway Fellowship Church, 60 N Recker Road, Gilbert.  Attendees are also invited to join the family for a lunch reception at the church immediately following the service.