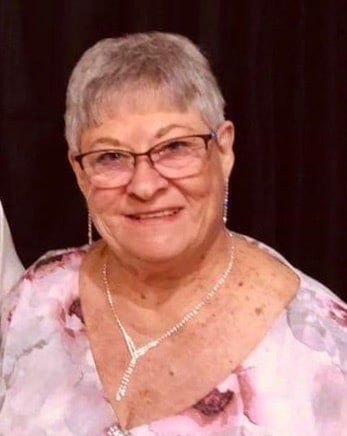 Marsha was born on August 11, 1949 in Longmont, Colorado to Delores Joyce (Hart) and Albert John Schleiger. She and her two younger sisters were raised in Berthoud, Colorado, and she was a 1967 graduate of Berthoud High School.

Marsha met the love of her life, James Lee McDowell of Longmont, Colorado, in 1966. They were married in Berthoud’s First Presbyterian Church on August 19, 1967. They moved briefly to Vandalia, Illinois, where they welcomed their daughter, Lisa, in 1968. From there, the young family moved to Fort Morgan, Colorado, where they lived for a few years before moving to Mesa, Arizona. In 1973, they welcomed their son, Christopher, and the family made Mesa their permanent home.

Marsha had a profound interest in medicine and helping others. She worked as a medical assistant in several doctors’ offices from 1970 to 1986. She also studied nursing at Mesa Community College in the mid-70s. Even after her retirement from the medical field, Marsha continued to nurture her interests with recreational research on various medical issues.

From childhood through her thirties, Marsha was quite athletic. During the mid-70s, she was a competitive tennis player, enjoying success in both singles and doubles. During the early to mid-80s, she was an avid bowler and earned several trophies and awards. She also enjoyed camping.

In the early 2000s, Marsha discovered her amazing talents as a decorative painter and artist. By 2004, she was sharing her talents by teaching others in her Colorfulstrokes Heritage Studio. She also traveled throughout the US as well as Toronto to attend and teach art seminars. In addition to painting, Marsha loved music and was an avid fan of dueling piano venues. She made sure to stop at her favorite music spots during her travels, and she and her husband were frequent patrons of The Big Bang and Low Key in Tempe. She loved and was adored by her many painting and musician friends.

Marsha is survived by Jim McDowell, her beloved husband of over 52 years; her daughter Lisa and her husband Gordy Britt; her son Chris and his wife Jennifer McDowell; her four grandchildren, Neil and Andrew Sweeney and Nicole and Austin McDowell; her sister, Sherry Alloway; and numerous cousins and nieces. She was preceded in death by her parents and her sister, Gloria Fairbanks. She will be laid to rest at Greenlawn Cemetery in Berthoud, Colorado.