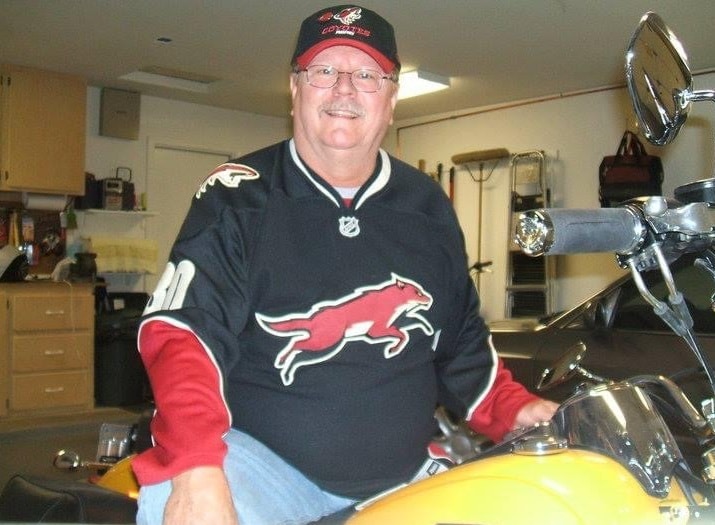 Mark Steven Vuckovich, born February 17, 1949, passed away Thursday, August 5, 2021 at Banner Baywood Hospital in Mesa, AZ surrounded by his daughters, Elizabeth and Bernadette. He was born to Martin Vuckovich and Viola Dororthy (Kines) Vuckovich in Canton, Ohio who preceded him in death along with his brother John Vuckovich.

He is survived by his daughters Elizabeth Maka and Bernadette Karropoulos and 4 grandchildren; brothers Ronald (Margaret), Lawrence (Shirley), and Michael (Linda).

Mark served in the United States Army during the Vietnam War and received an honorable discharge after a severe back injury. He had an active career in aviation mechanics and fiber optics with Garrett and later with AT&T/Lucent Technologies, which led him to work in Virginia, Oklahoma, and Georgia. Upon retiring from Lucent he returned to Arizona and took up a career working as a mechanic for America West Airlines, today known as American Airlines.

We will celebrate a memorial of his life on Saturday, August 14th, 2021 at 10:00 am at Gilbert Memorial Park, 2100 East Queen Creek Road, Gilbert, AZ 85297. We will have a small reception following the memorial.