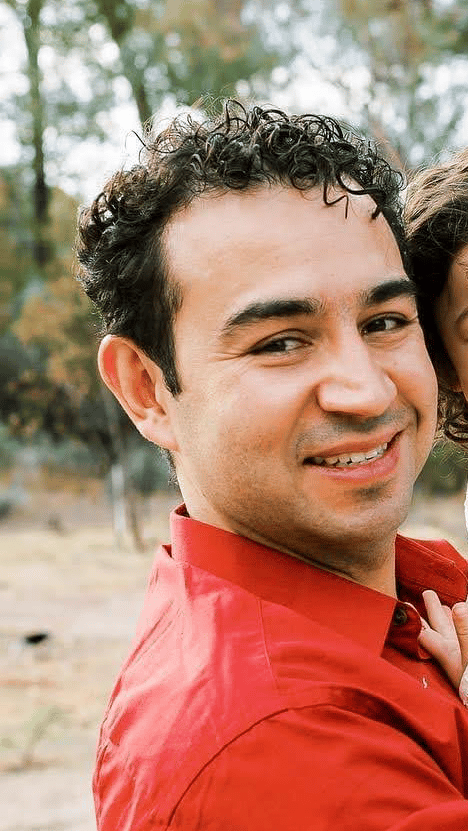 Luis Alberto De Leon, age 37, passed away unexpectedly in Gilbert, Arizona, on September 22, 2022.
Luis Alberto was born on December 9, 1984, in Douglas, Arizona, to Blanca and Luis De Leon. The eldest of 3 siblings, he embodied the example of a caring, protective older brother and loving son. Known as “Beto” to his immediate family, his childhood nickname endured well into adulthood.
Luis attended Loretto Catholic School as an elementary and middle school student, where he forged relationships with friends that carry on to this day. He then attended Douglas High School, graduating in 2003, where he demonstrated aptitude as an exceptional student. In addition to honors classes, Luis was accepted into competitive, advanced electives in information technology and the field of computers and networking. He solidified an already developing passion for technology and continued honing his remarkable computer skills. That experience fed his enthusiastic spirit, and he decided to pursue a career in computer science. Luis enrolled in an accelerated program at the University of Advancing Technology in Tempe, Arizona, which saw him earn a Bachelor’s degree in Software Engineering in 2006. Although it was a challenging program, he proudly completed his coursework in just three short years through hard work, passion, resolve, and dedication.
As a young adult entering the workforce, Luis immediately began making an impact professionally. He took on challenging roles at large organizations and quickly made a name for himself as a creative problem solver and brilliant software engineer. Luis continued to grow as an engineer and decorated his career by attaining an extensive list of specialized certifications and qualifications. An entrepreneur at heart, Luis founded his own software consulting company, D-Lion, LLC, in 2009. With his company, he took on varied, ambitious projects that, once completed, truly made a difference. His positive results and influence on his customers played a part in his professional legacy that continues to this day and will continue for years to come. Though his primary expertise was with software engineering. Luis always looked to broaden his horizons. He ventured and thrived in diverse endeavors such as real estate investments, rehabbing and renovating properties, and trading of stocks and other securities.
Most of us are lucky to find a life partner, but Luis was always a step ahead and fortunate enough to find his soulmate, Yliana. Luis and Yliana married in 2008, and there began one of his dearest and proudest achievements. They shared a passion for adventure, incredible friendship, and partnership. Together, they traveled the world, leaving their mark in countries like China, France, Italy, Mexico, and Sweden. But most importantly, they left their mark on those around them who had the opportunity to witness their fantastic relationship.
Luis was a very inquisitive person. He constantly strived to expand his knowledge in a broad variety of subjects, such as politics, religion, economics, and science. No matter the topic, it was not difficult to engage Luis in a deep, philosophical, and meaningful conversation that could last for hours. A self-described “foodie,” he had a keen taste for fine dining and was well known to enjoy quality steak, served medium rare. Finding it difficult to find a consistent steak that hit all the marks, Luis set off on a culinary journey that saw him using sophisticated, highly technological methods of grilling and cooking. He mastered the art of dry aging steaks, with outstanding results. Luis was an avid Lego enthusiast and collector. He proudly and prominently displayed his incredibly imaginative and detailed Lego exhibitions and creations on the walls of his home office. Luis and his youngest daughter, Sabrina, would spend countless hours engaging in a cycle of creating, tearing down, and recreating various custom themes and lands to add to his collection. It truly was a living art exhibit, he was especially fond of his Batman exhibition and his custom DeLorean time machine from “Back to the Future” which he built from scratch out of thousands of Lego bricks. When not relaxing with Legos, Luis was a thrill seeker and adventurer who enjoyed off-roading, piloting aircraft, rock climbing, and watercraft. He was also a talented fighter who practiced kickboxing. His hobbies were plentiful. Other notable activities he embraced were swimming, golfing, basketball, and meditation.
Luis is survived by his wife, Yliana De Leon, beloved daughters Sabrina and Keyla De Leon, mother Blanca Kinsley, and brothers, Carlos and Daniel De Leon. Luis was predeceased by his son Kevin De Leon and his father, Luis De Leon, Sr.
Luis Alberto was a true visionary, an exceptional entrepreneur, and a master in his profession. For many, Luis was and will continue to be seen as a mentor, leader, protector, and idol. He will forever live in our hearts.