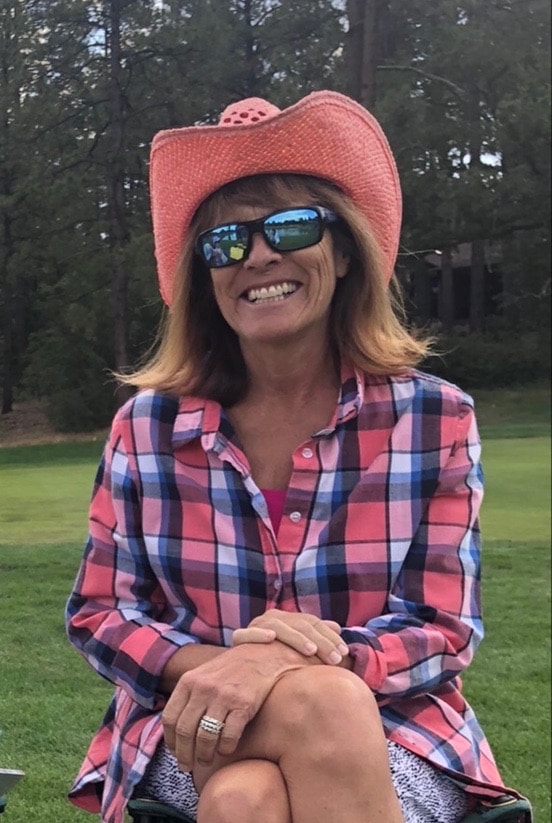 Lori Sue Fitzpatrick died surrounded by loved ones on Saturday, August 29, 2020 at her home in Gilbert, Arizona. She was 62. Lori was born in West Covina, California on March 16, 1958. The only daughter of the late Carolyn Lindbloom and George Lindbloom, Lori was raised in Tempe, Arizona. As a young girl she loved playing with barbie dolls and sewing her own clothing. During her senior year of High School, Lori was crowned the Queen of Queens for Tempe High’s class of 1976.

While at Arizona State University, she met Michael Stevens Fitzpatrick. The two were married on November 28, 1980. Mike and Lori spent 40 years building a strong and happy life together. The couple has four sons: Brandon Michael, Jason Stevens, Ryan Joseph and Shaun Bernard.

Lori was the foundation of her family. She spent her early years as a mother at home raising her growing boys. Over the years, she became known for her mac and cheese, yummy yummy potatoes, and always burning the bread. As things changed from pajama dance parties and pancake dinners to football games and swim meets, Lori was always by their side providing comfort and support no matter the situation. In 1996, Lori received her Master’s in Education from ASU and began her teaching career. Lori, affectionately known as Ms. Fitz, taught elementary education in the Gilbert School District for 13 years before retiring in 2009.

Upon retiring, Lori filled her days by living them. She returned to sewing and learned to love yoga. She enjoyed a good glass of red wine with her BFF, but preferred a cold Coors Light with her pizza. She spent much of her time enjoying her growing brood of grandchildren. Lori was a very active and hands on Gramma. Always willing to play zoo or set up a princess tea party. She gave her grandchildren the same gift of comfort and support that she had shown her boys. The children lived for their special time with Gramma and their chance to play in the orange room. Lori particularly loved to play games. From Mystery Date to Monopoly, she was always up for a match.

Lori was a doer and found the joy in every day. She spent her mornings in the Arizona sun tending to her garden and walking her golden retriever Titan. She never met a picture she couldn’t hang or a wall that wouldn’t look better with a new coat of paint. She loved polka dots and the color orange and the challenge of getting her money’s worth. In recent years, Mike and Lori became frequent golf partners and enjoyed date nights with sushi and a movie. She found peace and happiness in the mountains of Pinetop, Arizona where she and Mike spent many evenings together enjoying the sunsets.

In June of 2019, Lori was diagnosed with Stage IV Lung Cancer. Lori faced treatment after treatment with a positive attitude, never losing her optimistic outlook on life. She faced her last days with smiles and laughter as she continued to play games, barbies, and dinosaurs with her grandkids huddled around her. Lori was proud of the life she had lived and the boys she had raised. An inspiration to us all, Lori was always giving of herself to others. She believed in the power of positivity and the idea that a kind word and a hug could make a difference.

Lori will be remembered for many, many things, but most of all for her vibrant smile, her love of a good pun, and her rainy day cookies.

Due to the COVID-19 pandemic, we are limited in our ability to invite others to pay their respects following the loss of Lori. There will be an opportunity to do so once it is again safe for friends and family to gather. We plan to have a traditional memorial service in a few months once social distancing and other restrictions have been lifted.

The family welcomes donations to St. Jude Children’s Research Hospital as an expression of sympathy in lieu of flowers. www.stjude.com