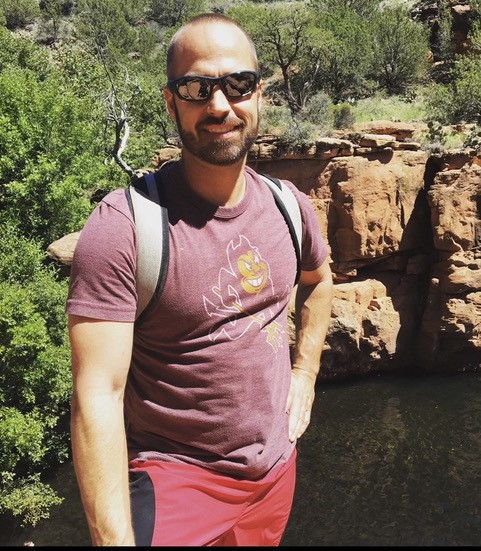 Cause of Death: Leukemia

He is survived by his loving wife, Alisa; his children, Jaxon, Kaden, and Sophia; their mother Jessica; his step-children, Adelle, Avery, Drey, and Gage; his parents, Bonnie and Dan; his brothers, Ethan, Greg, Neil, Colin, and Shane; and their families. He is preceded in death by his brother, Jordan.

Kimball grew up in the small-town of Royal City, Washington as the second son of Bonnie and Daniel Washburn. As the Washburn family shouldered many hardships during his upbringing—among them being the task of raising seven boys with a blind mother in lean circumstances—these challenges instilled the values of frugality, service, and hard work into Kimball’s life from a young age. Alongside their cousins who lived nearby, the Washburn brothers were known to adventure, labor long hours for the local farmers, and engage in occasional boyhood mischief. This rural lifestyle also brought Kimball into sustained contact with members of the Latino community, who he drew close to at school, church, work, and other spaces. In his early schooling years, Kimball was seen as popular and charismatic, with a contagious sense of humor. He was heavily involved in wrestling, football, and track, and competed as a star athlete for the Royal City Knights.

Upon graduating high school, Kimball left the state of Washington to be a delivery worker for Contractors HVAC Supply in Orem, Utah. It was there that Kimball met and began to date Jessica Pierson. They wrote to each other during his two-year mission, where he faithfully labored in the New York, New York South Mission from 1995-1997 and preached the Gospel of Christ in the Spanish language. The cultural and language skills Kimball learned on his mission would be a benefit to him for the rest of his life as he employed and worked alongside many members of the Latino immigrant community. While in New York, Kimball matured in his discipleship and came to better understand what it meant to be a disciple of Jesus Christ on a daily, practical level. Shortly after returning home, Kimball became engaged to Jessica and the two were married six months later. They welcomed the birth of their first child, Jaxon James, later in the fall of 1998.

Looking to make a new life as a young couple, Kimball and Jessica moved to Mesa, Arizona in June of 2000. Though Kimball initially made ends meet by working as a cell phone salesman, he eventually created and grew his own masonry contracting business. Kimball’s uncle, Johnny Smith, served as an important mentor to him and taught him many technical skills which Kimball actively incorporated into his business. Essential to Kimball’s early success were also Dan and Rachel Brooke, who provided immense assistance in the form of equipment, counsel, and friendship. It was during this time that the young Washburn family welcomed another child, Kaden Kimball, into their lives in the summer of 2002. In 2004, Kimball was blessed in entering into a close friendship with Adam Bevell. Kimball’s experience in growing up with a blind mother proved to be a valuable asset to their friendship as Adam was confronted with the new challenge of becoming blind himself. They have remained close friends ever since. Over the years, Kimball’s Custom Masonry became increasingly recognized and well-respected. Never one to promote himself through any form of professional advertising, Kimball grew the business solely by word-of-mouth, with his clients expressing their deep satisfaction with the quality of service, attention to detail, and character that he exhibited. This success allowed Kimball the means to comfortably provide for his growing family, into which he and Jessica welcomed another child through the adoption of their daughter, Sophia Isabella, in 2007.

Later in life, Kimball made the significant decision to return to school and pursue a career in dentistry. This represented a major change for both Kimball and the Washburn family and for the first several years of his schooling at Arizona State University, Kimball maintained his masonry business while studying as a full-time student. The family underwent further change when, after 18 years of marriage, he and Jessica decided to part ways and divorce in 2015. Though these new familial arrangements came with challenges for all involved, the two continued to live close to one another and shared equal time as co-parents. Juggling being a single father and a student, he worked hard to provide for his family during this time, studying harder as he attended A.T. Still University in Gilbert, Arizona. Kimball was beloved by his many classmates and was known to provide consistent cheer and comic relief to them during the course of their studies. During his time as a dental student, Kimball would also come to meet and fall in love with Alisa Harris. Though they both lived very busy lives, with Alisa as a full-time nurse and mother of four children, they were largely inseparable. Kimball often demonstrated his love by taking on various household and backyard remodeling projects for her. They were married on April 8th, 2017, bringing their new family to a combined total of nine and residing in Queen Creek. Together, they embraced the opportunity of blending households with grace and compassion and enjoyed traveling and hiking in their free-time.

In May of 2020, Kimball graduated from his dental program, receiving a Doctor of Dental Medicine degree as well as the Nonsurgical Periodontal Excellence Award and Dental Lifeline Network Outstanding Student Award. He worked for a short time at the Queen Creek District Dental practice until he was unexpectedly hospitalized at the end of that year. On December 30th of 2020, Kimball was tragically diagnosed with acute myeloid leukemia and began immediate chemotherapy treatments. Through a series of tender mercies made all the more precious given the context of the COVID-19 pandemic, Kimball was able to receive the majority of his treatments at the MD Anderson Cancer Center in Gilbert. In all of the unexpected hurdles, pandemic health constraints, and the physical toll of his illness and treatments, Kimball only ever exhibited strength, courage, and optimism in the face of adversity. In the hospital, he brought laughter to both the medical staff and his fellow patients alike. Miraculously, a perfect match donor was able to be quickly identified so that Kimball could undergo a stem cell transplant, which he successfully received in April of 2021. This procedure brought him into a state of full remission and he was able to quietly continue his treatments and recovery at home with Alisa taking a leave of absence to care for him.

With Kimball’s recovery looking promising, he and Alisa looked forward to future days where his fight with leukemia would be mostly behind them. Unfortunately, Kimball once more required hospitalization at the end of 2021, as some leukemia cells remaining in his spine metastasized into tumors, resulting in his partial paralysis. Kimball immediately committed himself to further treatments, even as he quietly prepared for the chance that his time on earth might be drawing near. The cancer along his spine soon proved to be untreatable and he was brought home on hospice on January 13th, 2022. In her final act of love to him, Alisa served as his hospice nurse and tended to him as he prepared to return to his heavenly home. Kimball was able to be joined by all of his children as well, still imparting lessons, words of encouragement, and laughs even as speech became difficult for him. He faced death as he did life, demonstrating a care for others always before himself. He passed away peacefully on the morning of the 15th at 4:08 am, with Alisa beside him in his final moments.

A church-going man and active Latter-day Saint, Kimball exhibited a simple yet resilient faith throughout his life, demonstrating himself to be a follower of Jesus Christ through his constant service to others, his kind and gentle heart, and his constant propensity to put those around him first. He actively enjoyed his church attendance and felt strongly convicted that it helped him be a better man. In his local church community, Kimball’s favorite callings were in serving the youth as a Young Men’s leader, a Boy Scout leader, and a Sunday school teacher to Primary children. Kimball felt a deep love towards all the youth he served, going above and beyond in his lessons, activities, and loving mentorship. He always looked to his mother, Bonnie, as a spiritual role-model when it came to the strength of his faith. He possessed a strong testimony of the Book of Mormon and constantly exhibited its teaching that “when ye are in the service of your fellow beings ye are only in the service of your God.” (Mosiah 2:17) Always an optimist, no task was too formidable to him once he committed to accomplishing it. His was a “salt of the earth” discipleship through and through, with his most powerful expressions of faith always manifested in his quiet, often unannounced, acts of kindness to others.

Kimball’s greatest source of pride was always his children and he constantly strove to help them feel his unfading love, encouragement, and support in all their passions, hobbies, and interests. He always spoke warmly of their growth and accomplishments to his friends and peers. Nothing made him happier than seeing them flourish and gain confidence in their journey towards young adulthood. As a brother and a son, Kimball was a source of comfort, assurance, and laughter who was always looking for ways to serve his family. He looked forward to any family reunions where he could embrace the role of the wise-cracking uncle. As a husband, Kimball’s marriage to Alisa transformed both their lives for the better. He has left numerous tangible expressions of his sustained love for her through the many home and backyard renovations he was able to complete. In sickness and in health, in living and dying, the two shared a pure and abiding love for one another that will continue even in his passing. Finally, as a friend, Kimball’s surviving legacy may be best quantified through the countless number of people whose lives were brightened as a result of his presence. To Kimball, the easiest way to serve someone was in making them smile, laugh, or feel happier during their day. He will be remembered as a friend to all who had the fortune of crossing paths with him.

His funeral services will take place on this upcoming Friday the 21st, 2022. There will be a visitation at 9 am followed by the main service at 10 am. The location will be at the Latter-day Saint chapel at 19413 S Sossaman Rd, Queen Creek AZ 85142. A Zoom link for anyone unable to attend in-person can be found at the following address: https://zoom.us/j/95114513766

In lieu of flowers, the family asks you to consider a donation to the Leukemia and Lymphoma Society, a nonprofit focused on ridding the world of blood cancer through groundbreaking research and innovative treatment.