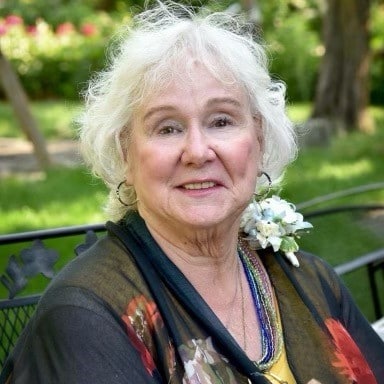 Kerry Kay Osterhoudt, 78, very sadly died in her Chandler home on Saturday, April 9, at the end of a long, harrowing, and brave struggle with an especially cruel form of dementia. She was born Kerry Kay Kyle to the late Earl H. “Graddy” and Lois B. (Hafer) “Nana” Kyle in Petersburg, Virginia on October 6, 1943 and grew up in central Pennsylvania, mainly in State College. She graduated from State College High School in 1961 and married Bob Osterhoudt in State College on March 31, 1962. Kerry worked diligently and successfully for many years in secretarial positions, in retail sales and management, and as a pharmacy assistant, variously in Pennsylvania, California, Maryland, Illinois, New York, Minnesota, and Arizona. She was, however, principally devoted to her three children, Kris (Paula), Nicole (Steven Chance), and Kirk (Leah) Osterhoudt; her five grandchildren, Lee Hall (Katie), Kyle Hall, Zachary Osterhoudt, Derek Osterhoudt, and Dylan Osterhoudt; and her three great-grandchildren, Layla, Sullivan, and Sophie Hall. Kerry was an uncommonly kind, generous, humble, and civil person. She was too an unconditionally devoted and loving, a peerless, parent; an enviable cook; an asset to everyone in her environment; and a person deeply loved and respected by all who knew her. She is among the irreplaceable few and will be profoundly missed. Memorial services for Kerry will be held at the Gilbert Memorial Park, 2100 E. Queen Creek Road, Gilbert, Arizona on Monday, May 2 at 11:00 A.M. In virtue of Kerry’s immense affection for animals and in lieu of flowers, the family would most appreciate donations in Kerry’s honor to The Humane Society of Central Arizona, Payson.