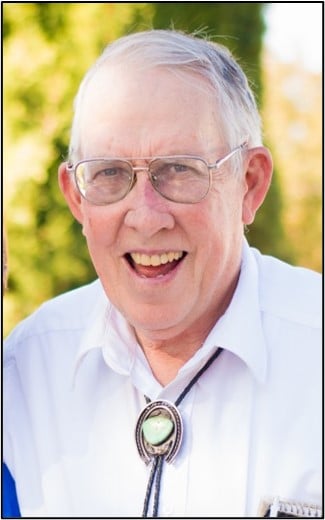 John Rudolph Whitmer, 78, of Gilbert Arizona passed away October 20, 2020. The fifth of seven children, he was born Nov 14, 1941 in St. John, Arizona to Cecil Paul and Stella Peterson Whitmer.

John graduated from ASU in 1966 and served our nation in the military for 8 years of Army active duty and another 12 years in the Army Reserves. After leaving the military, they settled in Gilbert, AZ where he lived the rest of his life. He worked many years as a realtor including owning his own Real Estate Company (Whitmer Realty) and also worked for the US Postal Service before retiring. He was an example of service and hard work and was active in the Church of Jesus Christ of Latter-day Saints faith, local politics, scouting, real estate, camping and gardening. He served in many leadership roles in the Church of Jesus Christ of Latter-Day Saints and loved to attend the temple.