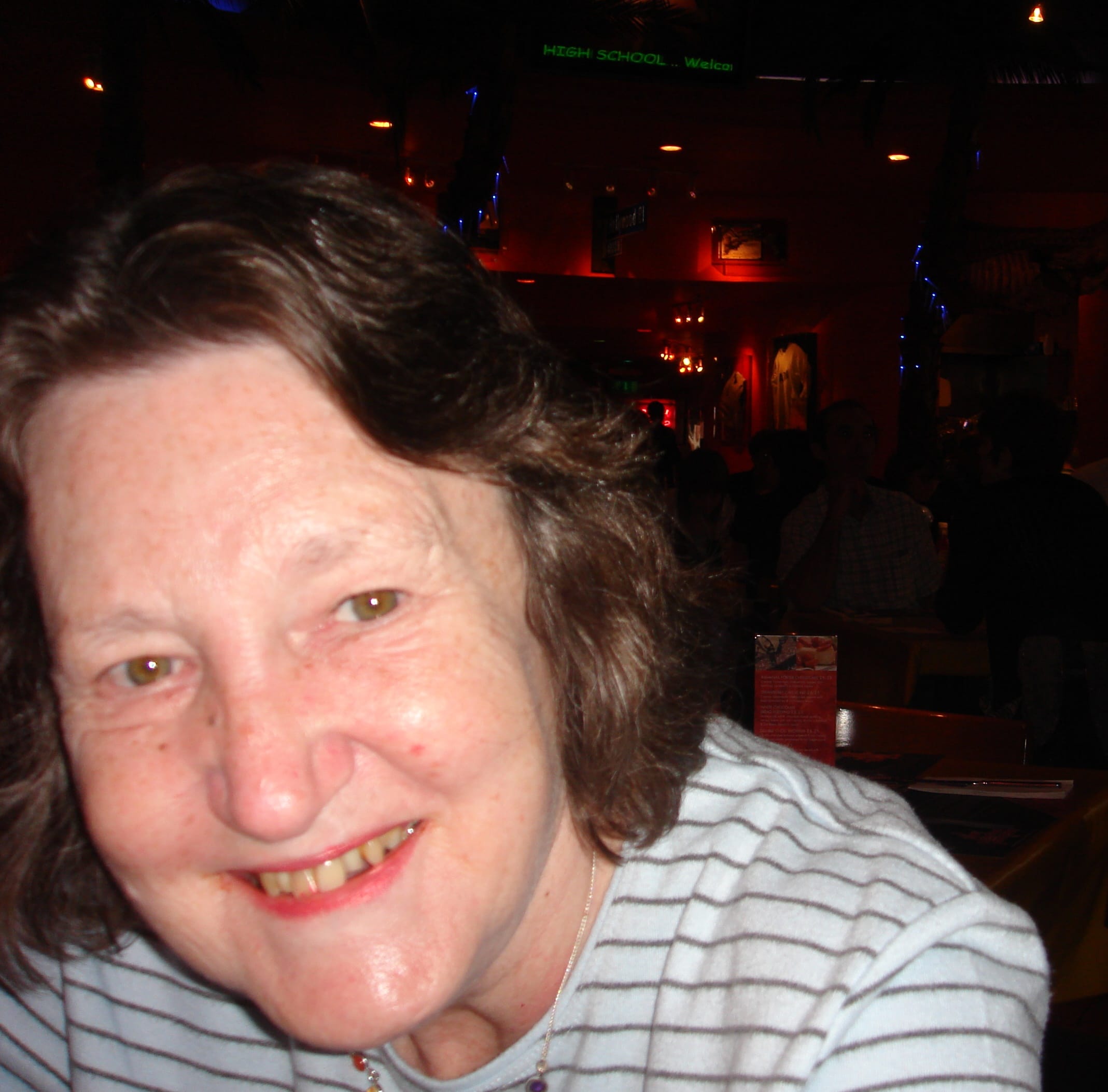 Janet Elizabeth Woodward, 77, passed away on March 9, 2022 in Mesa, Arizona surrounded by family.  Janet was born in Winchester, Canterbury, England to Leslie James Coe and Elsie May Perry in 1945.  She was an accomplished athlete as a young adult and enjoyed ballroom dancing.  She held a variety of bookkeeping jobs throughout her life, but her proudest job was being a mother and grandmother.

Janet grew up in Hornchurch, Essex, later moving to Colchester, Brandon and then Yeovil, Somerset when her children were young.  Janet spent her last remaining years living in sunny Arizona to be nearer her family.

She had very fond memories of her childhood, spending time with her brother and sister, mum and dad, granddad and nan, as well family holidays in Southborne. Her favorite spot was, Fishermans Walk and the nearby Southbourne beach. www.fishermanswalk.co.uk

A particular fond memory of Janet’s was spending time in Corbets Tey at her grandfather’s blacksmith shop, walking the shire horses and spending time with her beloved Nan.

Family time was very important to Janet, and she spent many years being actively involved in her grandchildren’s lives.  This enabled her to have some amazing life experiences such as traveling the world (including her dream destination of Switzerland), flying a glider, holding a golden eagle, riding a camel, and attending concerts.

She will be truly missed by her entire family, especially her son John whom she had a close relationship with, and all her amazing grandchildren who she spent considerable time with during their upbringing.  Janet lived a full-life and we were fortunate enough to have her presence in many family activities for many years.

In lieu of flowers, please consider a donation to the donkey sanctuary in Sidmouth, England www.thedonkeysanctuary.org.uk whereby Janet spent a number of years adopting donkeys with her grandchildren, and spent time there with her friends and family.