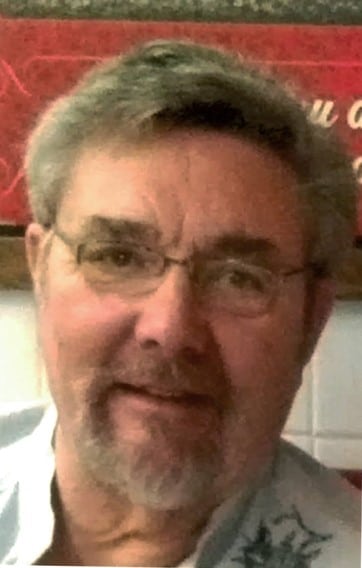 James (Jim) Lloyd Gregg was born June 18, 1945 in Dayton, Ohio and passed peacefully away the morning of October 10, 2021. He was laid to rest October 22, 2021 in Gilbert Memorial Park after a decades-long battle with many ailments. He was preceded in death by his only daughter, Michelle. He is survived by his wife of 47 years, Karin, his only son, Mitchell (Kirstin) and the grandchildren he adored: Tyler Bennett, Delaney, Ella, Sophia and Sawyer Gregg.

Jim was a man of many talents. He worked in the airline industry in San Francisco for many years in his 20’s and 30’s. He then pursued his passion for cooking and attended the San Francisco Culinary Academy, subsequently working in restaurants and bars in the bay area and Seattle. He used his charisma and charm to later work as a car salesman and a realtor.

Jim’s true passion was traveling and sailing. He was able to travel the world as a young man, taking his backpack to many tropical locations. He fell in love with sailing and you would find him with his broadest smiles on a boat sailing from harbor to harbor in the San Juan Islands of WA state.

Jim was also a devoted family man. He spent many hours in the stands of basketball games or pacing the outfield of baseball fields around the Pacific Northwest. He traveled up and down the west coast attending tournaments and games during the summers of the 90’s. He was an early riser, an avid dog lover and a man who enjoyed his coffee with the paper each morning.

Jim and Karin moved to AZ. in the early00’s to be closer to their grandchildren. Jim became an active member of his retirement community, Trilogy at Power Ranch. He played backgammon, bocce, cards and golf. He was a founding volunteer of the Company of Friends (a club devoted to charity) and a member of the cooking club. In 2010 he received the gift of life from a friend, Rosemarie, who donated a kidney to him which allowed him to be a more devoted grandfather and resume his daily living. His exuberant personality will be missed by many.

We invite family and friends to join us in a celebration of his life at the Gregg residence from 1- 4pm on Saturday, October 30. In lieu of flowers, a contribution to diabetes research would be fitting.