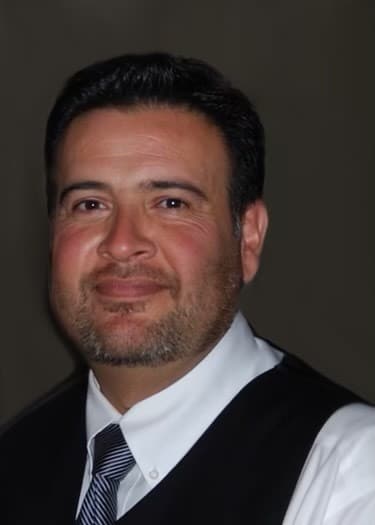 James “Jaime” Cordova went on to be with the Lord on Monday, June 20th, 2022, at the age of 57 after fighting a long battle with kidney disease. Jaime was born on June 8, 1965, in Tucson, Arizona. He was the son of the late Armando and Teresa Cordova and was the youngest of four siblings.

Jaime graduated from Sunnyside High School, Class of 1983. In his youth, he had a passion for track and field where his favorite events were the 4×100 and 4×400 relay races, and he even enjoyed cross-country running throughout his adulthood. While growing up in the “Elvira” neighborhood, two houses down on Lundy Drive lived his neighbor Yolanda “Yolie” Bracamonte.  After high school, Jaime dated and courted Yolie for three years and ultimately made Yolie his wife. The two were married on January 30, 1988, at St. Monica Catholic Church, their childhood parish in Tucson.

Jaime was a hardworking, authentic man. He dedicated most of his life to his work so his family would never have to go without. Jaime’s goal in life was to provide for and set his family up for success in every way possible. He worked in the retail industry for 30-plus years, which paved his way to the Phoenix and New Mexico markets to grand open numerous Mervyn’s locations. In addition to Mervyn’s, Jaime served as a General Manager for Best Buy, Kohl’s, Lowe’s, and many other retail corporations. Jaime was passionate about leading and working with people from different backgrounds and walks of life. He had a unique ability to bring the best out of people through his wisdom, humor, and integrity.

Jaime was a spiritual man and frequently attended his favorite church, Our Lady of Mount Carmel. He was a devoted donor to St. Jude’s Foundation and proudly displayed Mother Mary’s Immaculate Heart portrait, a prized family heirloom. Jaime will be deeply missed by family, friends, and all who knew him. May he rest in eternal peace.