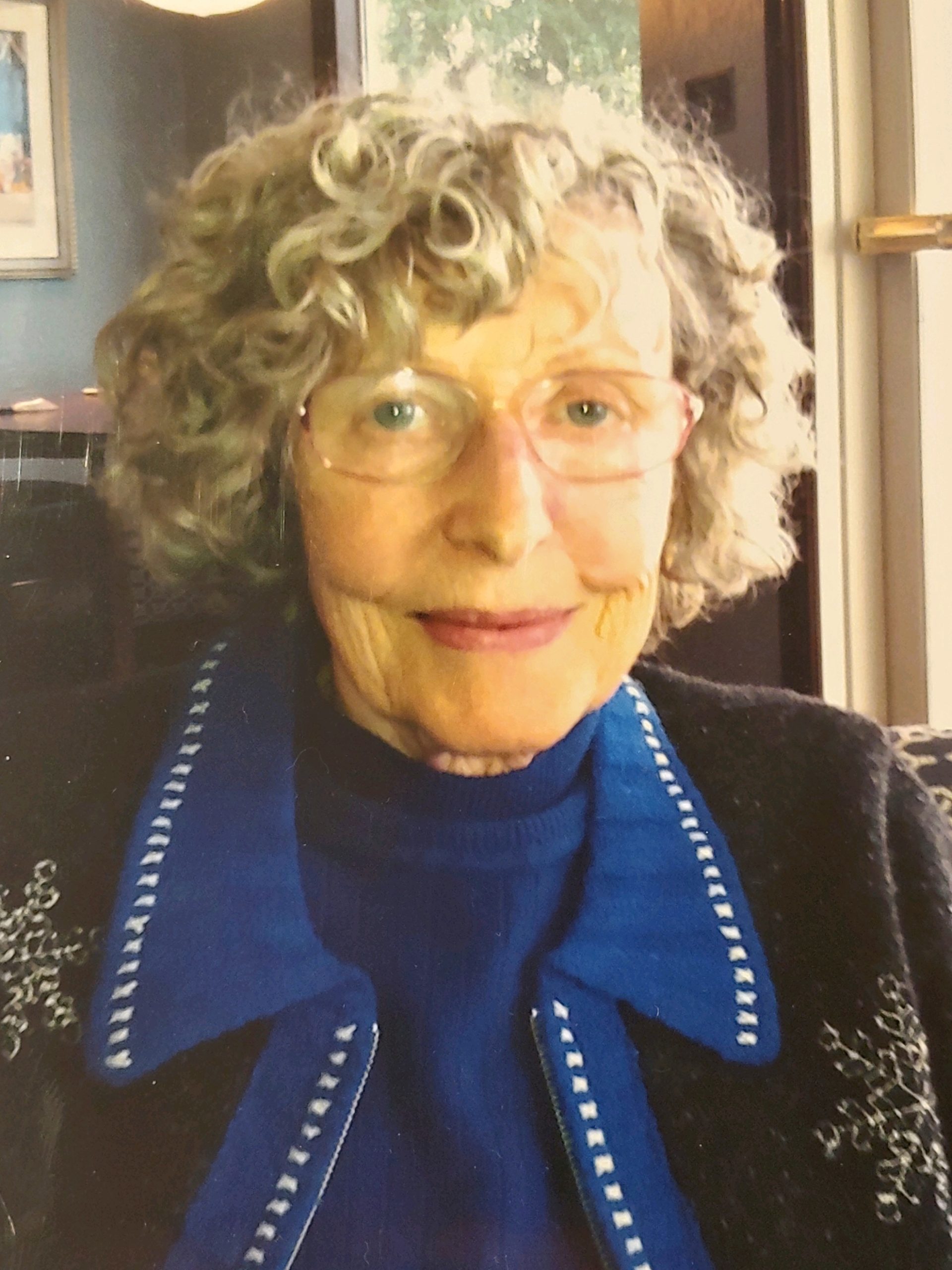 Gertrude “Trudy” Paulina Ascher was called home peacefully on February 17, 2020 in Gilbert, AZ at the age of 82.  Trudy is survived by her devoted daughter, Michelle Cabanillas, admiring son-in-law, Tony Cabanillas, (living in Gilbert, AZ) and vibrant older sister Agatha “Agi” Keller (88), and her kind nieces Carolina Nauer, Brigit Luetolf, and Silvia Senekowitsch (all residing in Switzerland).  She is preceded in death by her mother, father and older brother.

Trudy was born on March 9, 1937 in Zurich, Switzerland to Robert and Agathe Brunner.  She completed high school in Switzerland.  Upon graduation, she became an apprentice in the field of lithography (printing) and had dreams of traveling extensively (and one day visiting Disneyland).  She later went to Paris to pursue modeling with her lifelong friend – Mara.  Thereafter, she went to London to work as a nanny, to become proficient in the English language.  She continued to develop her language skills by moving to the French part of Switzerland (Neuchatel) to learn French, as she was awaiting a green card to work in the US.  Her dreams of coming to America became a reality when she arrived in Tucson with another Swiss friend – Rosemarie.  She was a nanny for a family that lived in both Tucson and La Jolla.  Eventually she moved to San Francisco, where she used her printing and art skills for magazine layouts.  This is where she met her husband Bruno Ascher from Czechoslovakia (now Czech Republic).  They then moved to Australia for one year and returned to the US (South Lake Tahoe).  They both became US citizens in 1969 and celebrated the birth of their only child, Michelle that same year.  There Trudy worked in the Harrah’s dinner showroom for seventeen years, meeting the big entertainers of the era (which included Elvis Presley, Frank Sinatra, Sammy Davis Jr, and Sonny & Cher).

Trudy later became a committed Christian and moved to Lynchburg, Virginia with her daughter to attend Thomas Road Baptist Church, wanting to provide a strong Christian environment for her daughter.  There she went to The Virginia School of Cosmetology to embark on a career that did not require her to work late nights. Being very health conscience, she also liked learning about nutrition and sold Shaklee vitamins on the side. Once her daughter graduated from high school, she and her daughter returned to AZ for Michelle to attend ASU.  Upon her return to Arizona, Trudy worked at Monti’s, The Safari, The Buttes, and Antigua.  She continued to travel later in life.  A few of the highlights of her travels were showing her son-in-law Switzerland (with her daughter and older sister) on two action-packed trips and being baptized in the Jordan River.

Once Trudy exhibited signs of declining health, Agi brought each niece to AZ for a separate visit.  She will be remembered by her family as being glamorous and adventurous (“a free spirit”).  All who knew her will remember her as having had an exceptional work ethic, being kind, and patient (“a very gentle soul”).  Her daughter will remember her as being an exceptionally devoted mother, of the highest character, and “a good and faithful servant of Jesus Christ”.

Trudy enjoyed traveling, painting, walking, theatre, fine-dining, and studying the Bible.  She also treasured the special bond she had with her daughter.  She lived a full life!

A funeral is scheduled for Feb. 29, 2020 (11 am) at Gilbert Memorial Park.  Pastor Jeff Royce will officiate the ceremony.  All are welcome to attend and celebrate Trudy’s life.  The family would like to thank “Neighbors Who Care”, “Hospice of the Valley”, and all those who cared for and visited Trudy during her struggle with dementia!