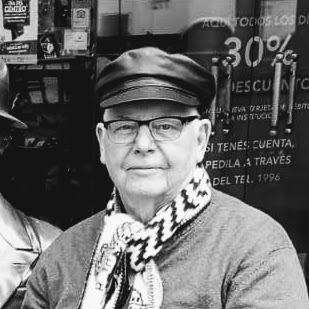 George Edwy Luker passed away on Saturday, November 27, 2021. He was born on May 20, 1939 to his late parents, C.E. Luker and Adele Bucklin, in Porterville, California. He married Linda Arlene Heard on August 26, 1958 and they were married 58 years before Linda’s passing on December 3, 2016. He is survived by his wife, Tamara Bankson, whom he married on June 17, 2017. His brother Eric Luker, son Jon Luker, and daughter Lesa Campbell also survive him, along with five grandchildren, and 14, soon to be 18, great-grandchildren.

George started attending youth group and church services to be with Linda in 1955. He was influenced by Linda to accept Christ in November 1956 and was baptized. They were engaged soon afterward. George graduated high school in 1957 and joined the Air Force, moving to Biloxi, Mississippi for technical training. A letter a day kept them in touch with each other.

After their wedding, George and Linda moved to Tucson, Arizona where he served in the USAF for more than 6 years. They were assigned to Tuscon for two years at which time they were transferred to Rantoul, Illinois, for more training. His permanent assignment after training was Rome, New York where they lived for more than five years. Their military service ended in 1965.

George and Linda adopted their daughter, Lesa, in 1961 and then gave birth to a son, Jon, born in 1962. They moved to Santa Clara, California in the Silicon Valley to find work after George left the USAF. George worked for Western Electric for two years, then Fairchild Research & Development for five years and finally for National Semiconductor for 23 years.

George and Linda attended and served in a General Baptist Conference church in Santa Clara for more than 40 years. He served as financial secretary, served on the board, as well as many other roles. They bought a home in Santa Clara where they lived for more than 40 years before moving to Gilbert, Arizona. George took early retirement in order to help care for Linda’s family and eventually to care for Linda herself. She suffered from chronic pain and was bedridden for 15 years and passed away five years ago.

In 2017, George met and married Tamara Bankson. They set out to travel the world and enjoyed many adventures abroad. While stateside, they enjoyed going out for meals and entertainment, visiting family, and watching movies together.

In lieu of flowers, the family requests that donations be made in George’s honor to San Tan Bible Church, where George and Tamara were faithful members.