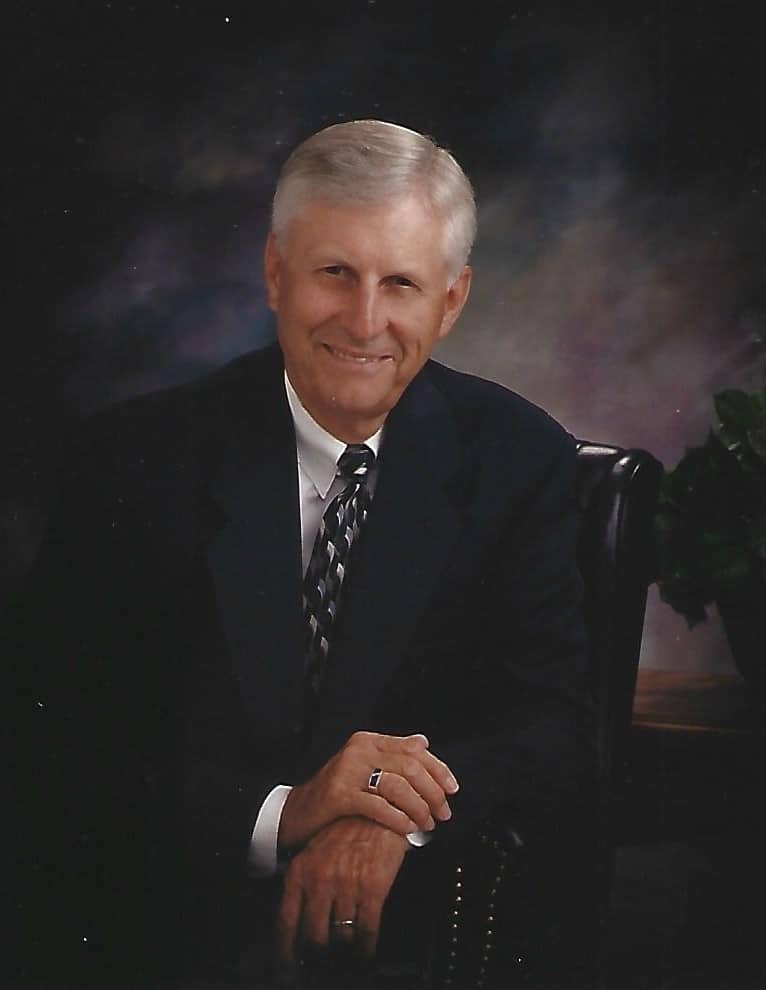 Gary H. Winegar passed away at the age of 85 on May 30, 2022, following a beautiful life, well-lived. Gary was born in Wendell, Idaho on January 22, 1937 to Earl M. Winegar and Ada Rose Hawkes.  He is the second of 4 children.  His siblings are; Carol, Ray and Sharon. His parents moved to Ontario, Oregon when he was 2 years old.  He grew up on a farm.

He attended Cairo Elementary School, (one room school) and Ontario Junior High and High School.  He graduated in 1955.   He served as student body president. After high school, he attended Brigham Young University and then served a mission for the Church of Jesus Christ of Latter-day Saints in Australia. Upon returning from his mission, he served in the Air National Guard and continued his schooling at BYU.

September 8, 1960, he married Sharon Westberg in the Salt Lake Temple.  They are the parents of 5 children.  He graduated from BYU and then taught school in Atwater, California and Ontario, Oregon.  He received a National Defense Education Fellowship and went on to Texas A&M University and earned a Master’s and Doctorate in Industrial Technology. In 1969 He started teaching at California State University, Fresno.  He and Sharon lived in Fresno for 32 years.  They raised their family there and had many wonderful experiences.  He was an active member of the Church of Jesus Christ of Latter-day Saints and served in many callings; taught seminary, Bishop, Stake President, High Council, Mission Presidency, Temple Sealer.

In 2001 he retired and served two missions with his wife, Sharon; Salt Lake Temple Square during the 2002 Olympics and Tarawa Kiribati in the Marshall Islands (2007-2009).   In Kiribati he worked in the ITEP (International Teacher Education Program). He taught Classes and facilitated Education Classes from BYU Hawaii, to the teachers at Moroni High School (church owned high school).

He and Sharon lived in Riverton, Utah from 2003-2014 He served as Stake Young Men’s President and he also served as a sealer in the Jordan River Temple. In 2014 they moved to Gilbert, Arizona to be near family, and again worked in the Gilbert Arizona Temple.

He loved to watch BYU games, golf, work in his shop, and read church books. He considered his family his greatest blessing.  He was friendly, outgoing and a great example of loving and serving the Lord.

He is preceded in death by his parents, his sister Carol Bell, his baby daughter, Lori Winegar, his great grandson, Ethan James Brendle. He is survived by his wife, Sharon (61 years) and 4 children; Shelley VanWagenen (Reed), Julie Brendle (Jim), Patti Spilsbury (Dave), Robert Gary Winegar (Kerri).  He has 17 grandchildren and 21 Great Grandchildren. Also his siblings, Ray Winegar and Sharon Barrett.

The family would like to thank Emerald Groves North for their excellent care of Gary in his last weeks of life.