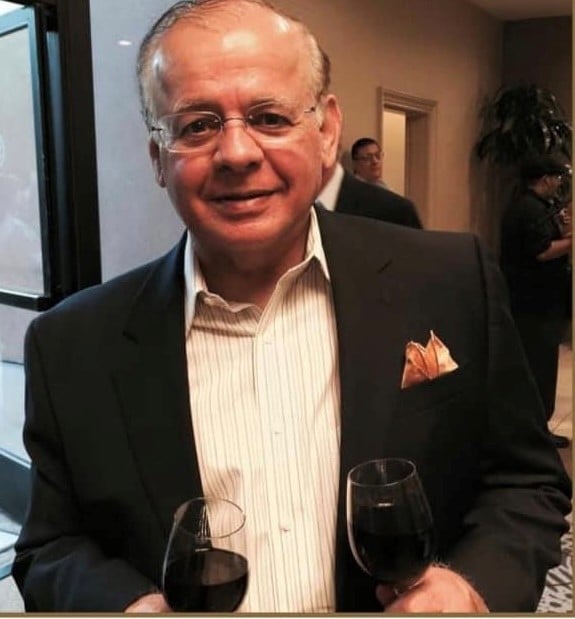 Fred M. Saah, Jr. was born on March 10, 1945 in Washington, D.C., to Jasmine and Fred M. Saah, Sr. Fred’s parents emigrated from Ramallah, Palestine as children. Fred is survived by his wife Lee and daughter Ashley and son-in-law Anthony Adelizi and three brothers, Richard (Pat), Edward (Kathy) and David (Carol) Saah and one sister, Irene (Mike) Shannon, nine nieces and nephews and many cousins, too numerous to count.
Fred attended parochial school and St. John’s Military High School and graduated from the University of Dayton in Ohio with a Bachelor of Science degree in Marketing and a minor in Economics in 1967. He then received a Bachelor degree in Foreign Trade from The Graduate School of International Management in Phoenix, AZ. He worked in New York for nine years and then relocated to San Diego, working in commercial real estate for 12 years and then came to Phoenix, AZ to open a branch office. Later he took a marketing position in Orange County CA and then received his certification in financial and estate planning
In 1983 Fred and Lee met playing in a singles mixed doubles tennis league in Phoenix and after marrying lived in Yorba Linda, CA, where they had their one and only Ashley in 1987. He loved racquet sports, tennis, racquetball with his group Racquet Pals, and upon retiring and arriving in Sun Lakes, his new passion became Pickleball. He loved playing 3+ times a week with this wonderful group, whom he loved and enjoyed. He also enjoyed the tribute concerts and jukebox bingo.
Memorial services will be held in California and AZ at a later date. Donations can be made to the J. Michael Fox Foundation for Parkinson’s Research in Fred’s memory.