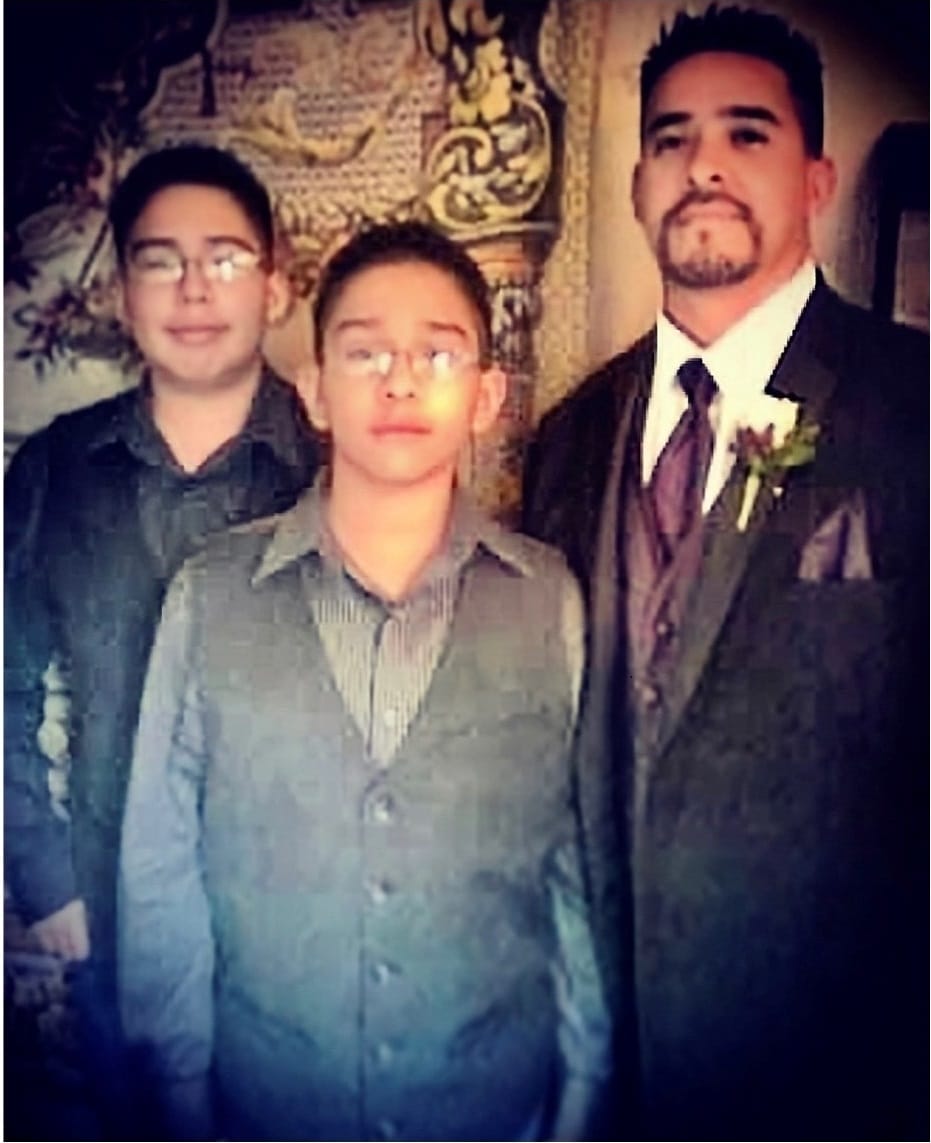 Funeral services will be held at 11:00 a.m. Saturday, September 11, 2021, at Gilbert Memorial Park, 2100 East Queen Creek Road, Gilbert, AZ 85297, with visitation beginning one hour before the service at 10:00 a.m., after the services we will have time for refreshments and reflection.

Francisco was born February 3, 1970, the son of Francisco Alvarado Trujillo and Rosa Linda Gonzalez. Francisco grew up in Queen Creek, Arizona. He attended school in both Queen Creek and Chandler, Arizona. He proudly worked for Dillard’s Distribution Center in Gilbert, Arizona for 28 years, which is a testament to his loyalty and work ethic.

Francisco was foremost an honorable man. His world revolved around his two sons, Thomas, 24, and Joseph, 22. He held the title of father with the greatest of pride. His sons would describe him best as an amazing father, and a true family man.

Francisco truly believed in creating a life worth living. He was a man of foresight and preparation. He believed in honesty, and doing the right thing. His nephews called him Iron Man. We like to think not only because they thought he looked like the comic book icon, but rather because he also embodies the qualities of a hero.

Francisco believed in truth, honor, and faith. He held himself to the high standards of these qualities. He constantly displayed strength to his sons. He exuded faith to his family and his country. His path was honor and integrity. So, we could learn many lessons from him but none more important than, we’ll never stand more heroic than through the eyes of our children.

His family discovered his sentimental side while packing up his belongings. He valued not possessions but valued life and the people he loved in it. One immediately could tell by all the photographs he saved of loved ones. His love for his boys is reflected in every art work he proudly stored. He held on to greeting cards from loved ones, postcards from his aunt. Every birthday card from his mother Linda and his siblings, Amanda, Lovida, Sarah, and Raul some dated as far back as 1994. Among the things found were even the boys’ Home Depot aprons from when he would take them to do workshops on the weekends. He cherished mementos, like art from his younger siblings. One from his sister Lovida dated back to 1987. He was very nostalgic. He held onto his kindergarten report card from 1976. He even saved his autograph booklet from 1983. Due to his love of music, it would make sense that he saved every cassette tape and CD he ever had or made. He was smart, clean, organized, prepared, funny, charismatic, and well, very cool. Truly an amazing father to his boys. They couldn’t have asked for a better man. He will always live in our hearts.

You will be missed deeply. We love you.

Until we meet again.