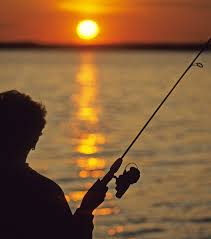 Francis (Frank) Nugent was born in Chicago IL on January 30, 1936 to Frank J. Nugent and Clara Dziengelweski.  He was the third of four children in the family, which included siblings Anna Nugent Kane (deceased), Mary Nugent Shaughnessey (deceased), and Joseph Nugent.  He completed schooling in Chicago, attending St. George High School.  He went on to study engineering at Marquette University.  Frank met his sweetheart, Anita Lencioni, while at a high school dance.  They became inseparable, marrying on January 21, 1956.  Frank and Anita had three daughters, Mary Nugent Obee (Rick), Ann Nugent Welker (Stewart-deceased) and Patricia Nugent.  Frank worked in broadcasting for most of his career, first at radio stations in Illinois and later as a broadcast broker in the U.S. and Indonesia.  In addition to his career, Frank always had a love of vintage cars and fishing.  Many family vacations were spent fishing while staying at a lodge in Minnesota.  Over the years, Frank and Anita lived in Illinois, California and Arizona.  He loved learning about the histories of each place, but enjoyed Arizona most of all.  Frank passed away on January 14, 2021.  He is survived by his wife of 64 years, Anita, his three daughters, two grandchildren (Michael Welker and Claire Obee McMichael) and two great-grandchildren.  Frank was a devoted father, grandfather and friend.  He will be deeply missed by all who knew and loved him.

A celebration of Frank’s life will be held at a later date.