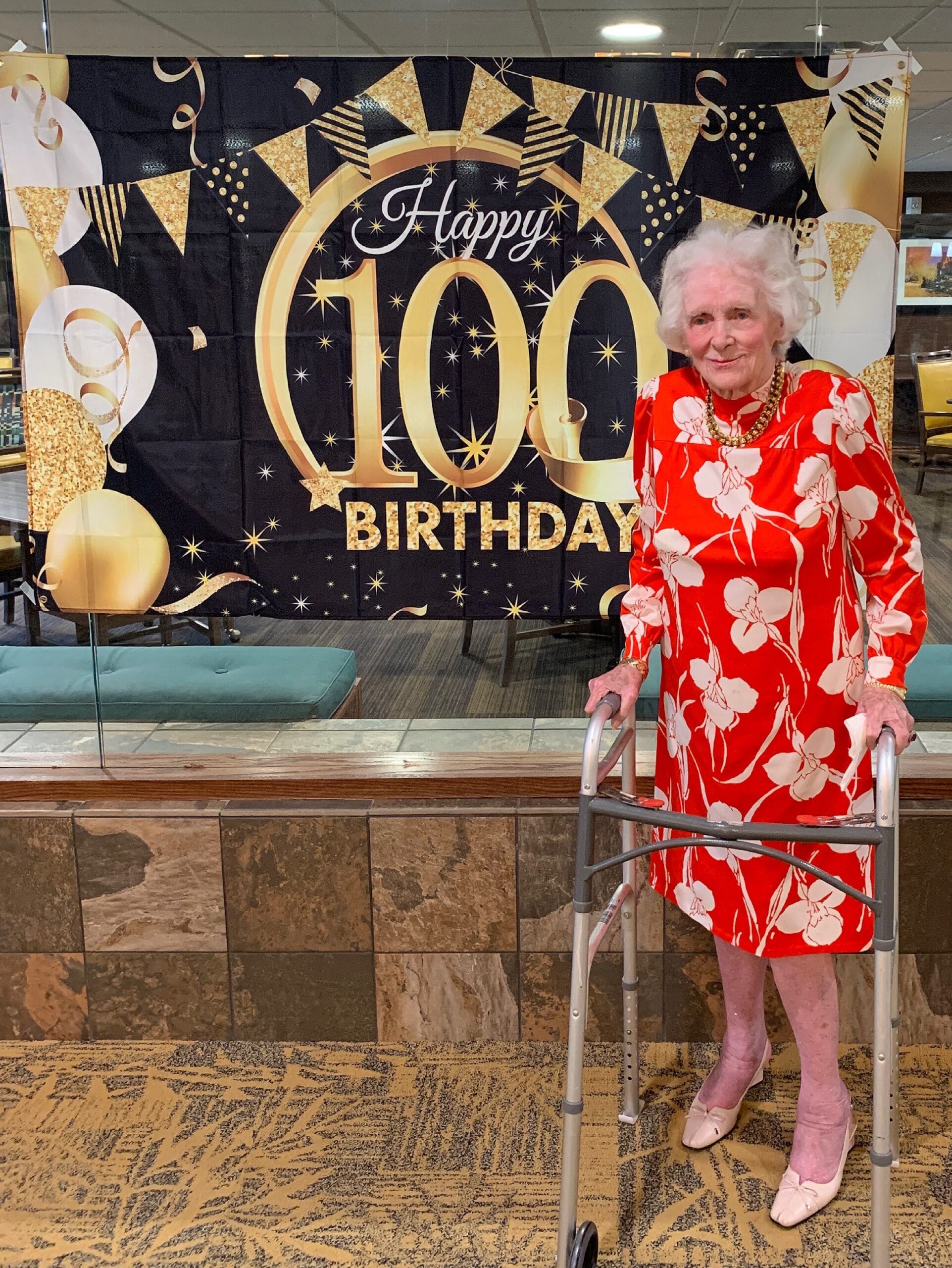 Send Photo of Else Backfisch

Else Emilie Backfisch, born June 25 1921, passed away peacefully on March 26, 2022 in Gilbert Arizona with her loving grandson Michael and granddaughter in law Renee by her side.

Born to Albert and Lina Schmeider of Germany, Else lived a full and adventurous life for over 100 years. She was born in Romrod, Germany. She would recall many wonderful memories of her parents, sister Helma, and their childhood. She was very proud that her father was Chief of Police and that her family helped so many Jewish families hide and escape during World War II.  She married Karl Backfisch in 1942. She gave birth to her only child, a daughter, Heidi in 1943. She initially worked as a school teacher in Germany. While the men of Germany were away at war, the women of Germany were called to be trained in various medical fields. Else chose Dentistry.

She provided dental care for the soldiers and was eventually sponsored to move to the United States to further her dental career. She came to the United States in the 1950’s and called Philadelphia home for many years. There, she met her life partner Albert Rudin. She practiced Dentistry at a prestigious dental group and worked side by side with the famous Dr. Amsterdam. She treated high profile patients from world leaders to famous actors. She retired from Dentistry in the late 1980’s. She lived in Nevada, and eventually moved to Northern California to be near her daughter Heidi and son in law Bernie Castro. In 2017, she chose to move to Arizona to be closer to her grandson, Michael Privett, and granddaughter in law, Renee Privett. She was a Charter Resident at Copper Springs Retirement Community in Gilbert Arizona. She made many new friends there and wonderful new memories during her last 5 years of life.

Else enjoyed a good glass of red wine. She had a sweet tooth for chocolate cake and fine Lindt Lindor truffle chocolates. She looked forward to her weekly lunch dates with her grandson Michael and Sunday family brunch dates. She enjoyed her weekly/monthly phone calls from her cousins on the East Coast and her family back in Germany. She loved her family very much. She was a world traveler. She enjoyed sharing many detailed, adventurous stories of her incredible life with her friends and family. She was proud to be one of the oldest residents in her retirement community. She felt special that everyone knew her name. She was known for her fashion style wearing dresses, heeled shoes, having her hair done just right, and red lipstick, no matter the occasion. She left a lasting impression by all who knew and loved her, and she will be greatly missed.

She would always say “God has been good to me, I have no complaints, I am perfectly happy. I thank God for everything”

Else was preceded in death by her parents Albert and Lina Schmieder, her husband Karl Backfisch, her life partner Al Rudin and her daughter Heidi Castro.

In Lieu of flowers, please consider a donation to Hospice of the Valley.