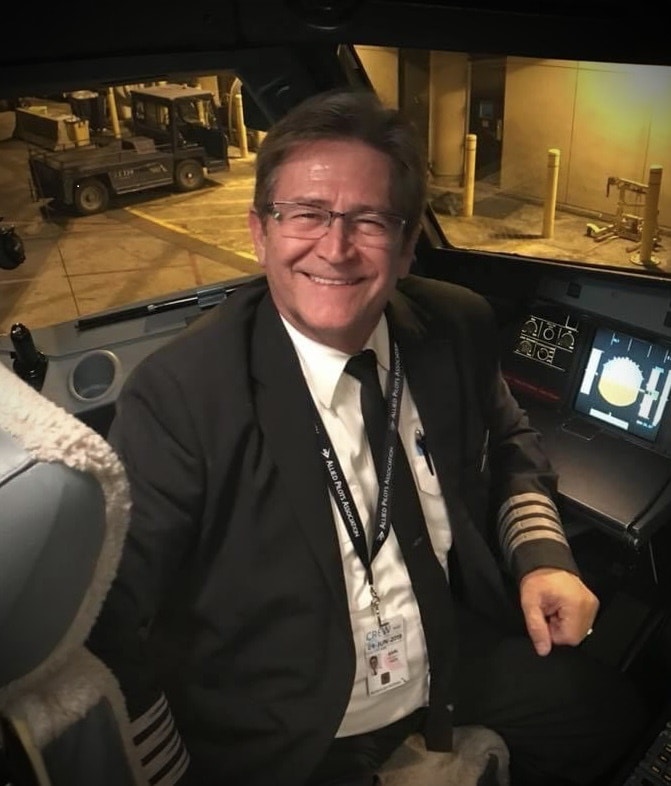 Earl Leroy Norcutt Jr. was born to Florence and Earl Norcutt Sr. on July 20, 1954, in Seminole, TX where his dad worked for a short time. He was raised in Glasgow, MT and graduated from Glasgow High School in 1972.

Earl’s love of flying began at age eight and from that time on he never wanted to be anything but a pilot. He received his private pilot license before he graduated from high school, studied aviation at MTC in Missoula, MT and went on to spend 41 years in the air. It started at Wokal Flying Service in Glasgow where he was influenced by his mentor, Vic Wokal, who was one of his favorite people. Earl went on to be Chief Flight Instructor at Hensley Flying Service, Chief Pilot at Westair/ExecAir West, Chief Pilot at Christian Spring Sielbach, and owned Norcutt Aviation Service. Finally, in 1990, he began his commercial pilot career with America West Airline, which became US Airways, which became American Airlines. He always said he had one interview and wore three uniforms. His heart was always America West. He retired in July of 2019.

Earl met his “lovely wife” Robin in 1987 in Billings, Montana and they were wed in June of 1990. Together they had three beautiful daughters. Earl and Robin moved their family to Gilbert, Arizona in 1999 and spent wonderful years enjoying being at every piano recital, marching band competition, award ceremony, gymnastics events, and anything else. He was always present and engaged with his girls. At the time of his death, those girls had given him five incredible grandchildren and he became Grandpa Babysitter Extraordinaire and he loved every minute of it. Being with his family is what made him happiest. He was very expressive with his love and never missed an opportunity to brag on any one of them.

Earl struggled with a lung condition most of the last year. He was taken from us much too soon and very quickly at the end. Here is the good news: Earl knew and loved Jesus and today he feels no pain or sorrow and he is now flying with the angels.

Earl is survived by his wife Robin, daughters Megan (Thomas) Acedo, Lauren (Jordan) White, Abbey (Nick) Prato, his grandchildren Olivia, Emma, Noah, Madison, and Ezra, brother Raymond Norcutt, and many nieces and nephews. He is preceded in death by his parents and brother Russell Norcutt.

In lieu of flowers, donations can be made to Mission Community Church in Earl’s honor.