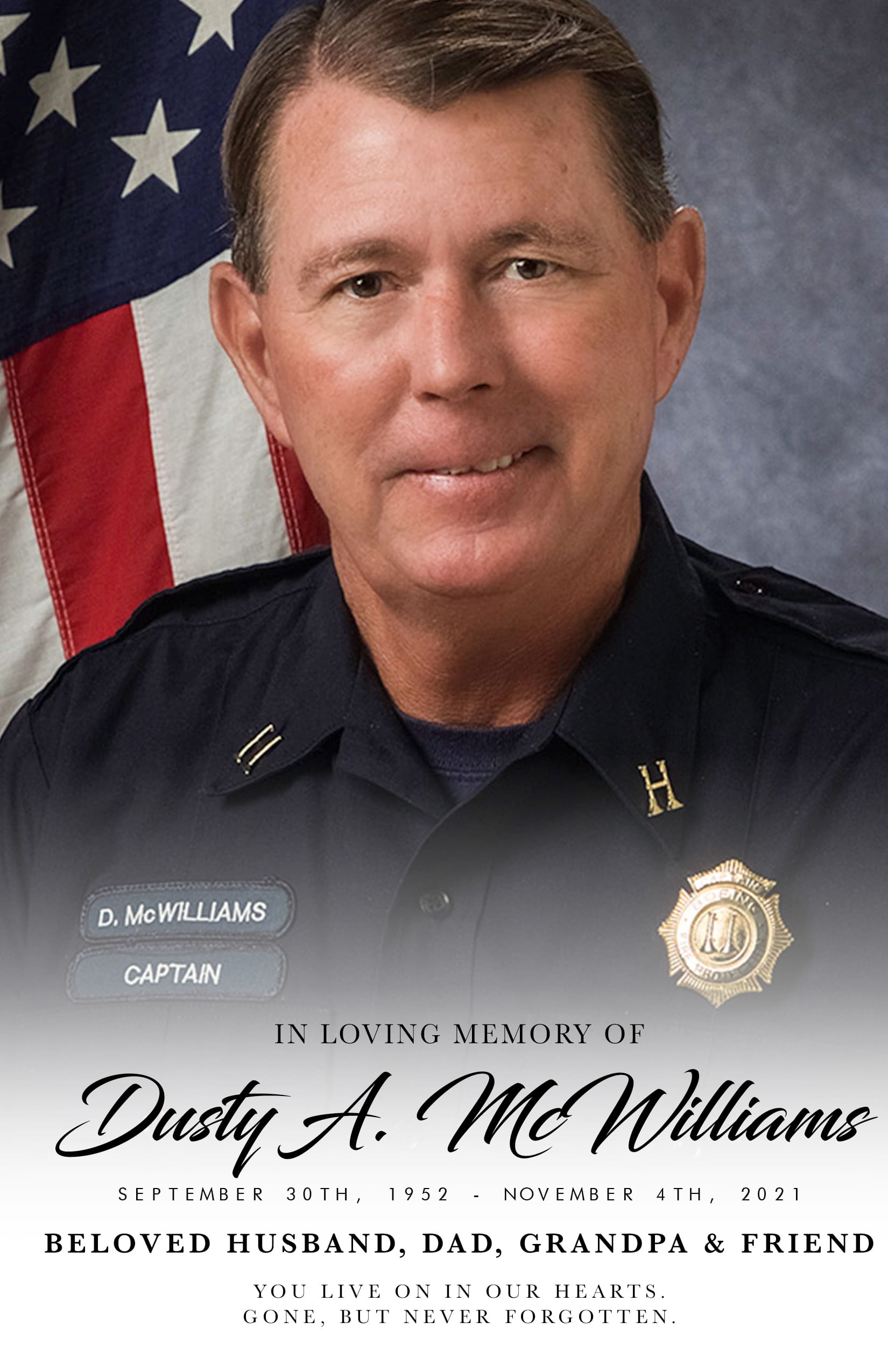 At the age of 18, Dusty enlisted in the Navy, later becoming a Navy Seal Service Man for 1 year 8 months and 23 days. After being honorably discharged and earning the Silver, Bronze & Purple Heart Medals, he returned home and began his fire service career.

In 1974 Dusty joined the Rural Metro Fire Department. He later served in the Scottsdale community and finished his 42 year career as Fire Captain with the Boeing Fire Department.

Dusty’s professional career expertise was in both fire prevention and arson investigation. From sharing his knowledge in the classroom, to wearing turnouts and responding “code 3” to a fire, to sifting through fire debris and soot, he would not stop until he found a solution – something he did best!

In 1975 Dusty married his wife Gail.  They went on to have 2 children, Lindy and Jake and 6 grandchildren, Maycee, Emma, Kannon, Maddix, Cruz & Arlo.  He shared a love for Gail’s dance studio and his children’s passion for dance.  He loved supporting his grandchildren’s dance recitals, sports events, and birthdays as well.

At a very young age he discovered a love for music and percussion.  He shared his talents on many local and national stages alike. Dusty also loved the art of photography and capturing “in-the-moment” photographs of his friends and family.

When the helmet and boots were off, Dusty spent his free time perfecting one of his greatest passions – competitive trap shooting.  He has competed in the Police & Fire World Games where he has won gold, silver, and bronze medals for his country.

You always knew Dusty would be there for you; from helping you with a medical question or a building code, to “how to fix this” and “when can you come over?”.  He loved to serve his community and always helped his friends and family.

He was the most loyal person you could have in your life.  He truly loved and saw the best in everyone.

gofundme for grandchildren is:  GOFUNDME