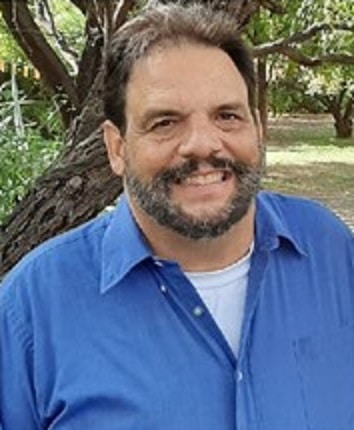 Daniel Nieves, 61, of Mesa, Arizona passed away in his home on April 19th, 2022.  Daniel was born on January 20th, 1961 to Prudencio and Juanita Nieves in Fort Jackson, South Carolina. Daniel is survived by his two children Matthew Nieves and Josie Nieves as well as his two granddaughters. Daniel was one of six brother and sisters and is survived by his mother Juanita Mendez Nieves, brother Ariel Nieves, and sisters Idalia Ingram and Edith Nieves. Daniel is preceded in death by his father Prudencio Nieves, and brothers Noel and Wilfredo.

Daniel grew up with his 5 brothers and sisters in Fort Huachuca, Arizona. After graduating from Tombstone High School in 1980 Dan went on to study auto mechanics at Universal Technical Institute. Dan worked as an ASE certified master mechanic and used his talents to help others whenever he could.  As a mechanic, Daniel often came across people in need of help. His reputation grew by word of mouth as someone who was always honest and skillful with a heart to help. If we could stretch the number of people in a line that Dan has helped, I imagine it would wrap around the world at least one time.

Daniel received his pilot’s license and enjoyed flying out of Falcon Field. Dan often tinkered and had a love for planes, cars, and world history. Daniel was known for his caring and silly personality, and you could not help but laugh when he laughed. He was genuine and kind. Daniel was loved by many and will be deeply missed.

Services will be held on April 29, 2022 at Gilbert Memorial Park with visitation at 10am and funeral service at 11am.