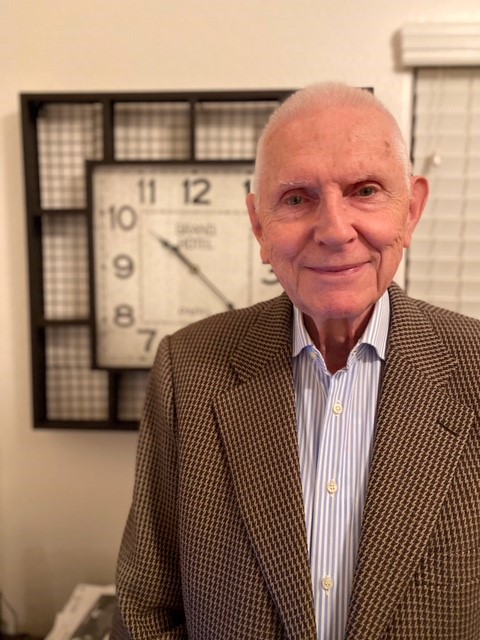 Dan Olav Laksfoss, age 82, of Queens Creek, Arizona died August 21st, 2021.  Born on June 20th,1939, he was the son of the late Olav Magnus Laksfoss and Sigrid Elisabeth Moe Laksfoss.  Dan grew up in Oslo, Norway until moving to Chicago, Illinois in 1962.  Soon after arriving in the United States, he met the love of his life, Judith Yanosek Laksfoss, in Chicago at Butch McGuire’s, and they were married at the Norwegian Lutheran Memorial Church in Chicago in 1963.  Dan attended Northwestern University where he received a Bachelor’s in Business Administration in 1966, before starting a 50-year career as a Certified Public Accountant.  Dan began his accounting career at Price Waterhouse in Chicago, and subsequently was a tax executive at Teledyne and at Litton Industries.  Later in his career, Dan was partner at the accounting firm Leslie, Wallace, and Associates in Los Angeles.  While at Litton, Dan served as the President of the Tax Executives Institute Los Angeles chapter.

Dan had a love of classic sports cars, good food and wine, and travel.  He was a supportive husband, father and grandfather, and was well respected by his friends and extended family.

A memorial for Dan will be held at a later date.

Arrangements are by Gilbert Memorial Park in Gilbert, AZ.  Online condolences may be expressed at Gilbertmemorialpark.com