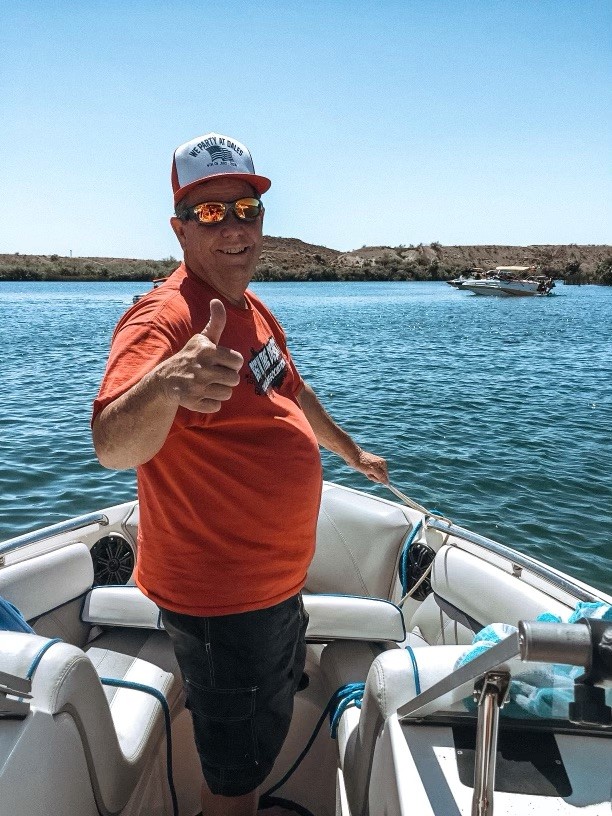 Link to the service: https://youtu.be/Hsp2c0_gkQI

Dale Alan Nees of Gilbert, Arizona passed away on September 16, 2021 at the age of 67. Born on November 19, 1953, Dale was the son of the late Forrest and Nona Nees. Dale was born in Chicago, Illinois and moved to Phoenix, Arizona at the age of two. He graduated from Central High School in 1972 and then joined the UA Local 469 Plumbers and Pipefitters. Dale married Carol Bevers in 1989 and they were blessed with three children, sons Derek Alan and Ryan Scott, and daughter Taylor Marie.

In the early 1980’s, Dale joined Forrest as a pipefitter on the Alaska Pipeline where he worked until opening PM Plumbing in 1985. In 1989, Dale opened Desert Metal Products where he remained until he retired in 2010. Dale was an avid race fan and could often be found at the racetrack or watching racing on TV. He loved boating on the Colorado River and spending time with his friends and family in Parker, Arizona.

Dale is survived by Ryan, Taylor (Brandon Kilgore), and grandson, Daxton Ray. Dale was loved by many and will greatly missed.

The memorial service will take place on September 24 at Gilbert Memorial Park at 3pm. 2100 E. Creek Rd., Gilbert AZ, 85297. If you are unable to attend, here is the link to the service: https://youtu.be/Hsp2c0_gkQI. Reception immediately following at Catching Flights, 1475 W. Elliot Rd., Gilbert AZ 85233.