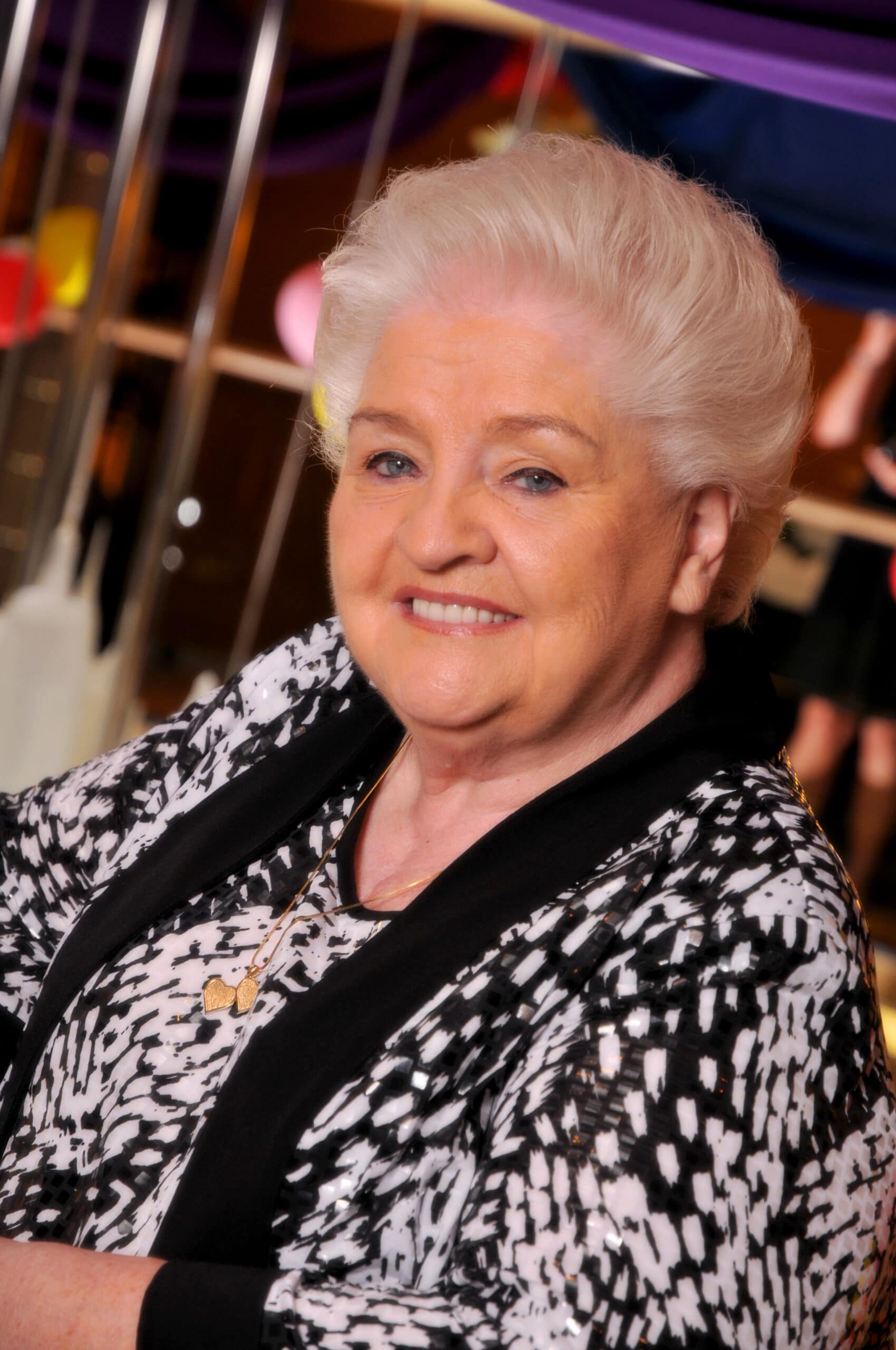 On April 1, 2021, the world lost one of its most amazing women. Carol M. Cordiner, age 88, passed away peacefully surrounded by her loving family.

Additional services will be held in Florida as follows:  Visitation at Beyers Funeral Home, 114 W. Noble Ave, Bushnell, FL will be held on Thursday, April 15 from 10:00 am to 11:00 am followed by a precession to the Florida National Cemetery at Bushnell, 6502 SW 102nd Ave, Bushnell, FL for an outdoor funeral service at 11:30 am.  Carol will be laid to rest with her adoring husband, who preceded her in death.

Carol was born on Christmas Day, 1932 in Brooklyn, New York to James and Elizabeth “Rita” Quinn. She attended Saint Rose of Lima Elementary School and went on to achieve a full academic scholarship to attend Saint Brendan’s Catholic High School in Brooklyn, New York.  Throughout the years, she had proven herself to be agile and adaptable, mastering any job offered.  Her early working career resembled that of Lucille Ball of the television series, “I Love Lucy”.  Carol and her best friend, Kathleen, worked at the National Kennel Club with the fun job of naming the dogs, then they were pull chord switchboard operators and enjoyed eavesdropping in on all the private calls. They even worked in a candy factory on the production line, except they always got their quota done early.  All the stories that Carol would love to share would place your mind into an episode of “I Love Lucy”, which was one of her favorites.

In 1952, she met the love of her life, Walter.  The following year they had a storybook wedding and began the journey of life, love, and family. Together, they raised 6 loving children and created an incredible family bond, unlike any other.  Carol’s greatest accomplishment was her children, and the love and caring that she instilled in each one of them. She taught them to take care of each other and always be a champion for the one that needed it the most.  She taught them to embrace those around them and treat them like family, because not everyone experienced the love that they did.

Carol and Walter raised their 6 kids on Long Island, New York, where they resided for more than 36 years.  During that time, Carol spent many years raising the children and enjoying life. Her and her husband loved fishing, traveling and dancing.  It seemed that Carol believed that she was Santa’s helper, because she was born on Christmas Day.  She made each Christmas more special than the last for her children, then later her grandchildren and great grandchildren.  One year she took down the dining room table to create a tremendous play area for all the grandchildren and created a driving track around the first floor of the house.  She did this because she got all the grandchildren ride-on toys.  The kids drove their trucks and love bug cars around the first floor of the house, which she had decorated with stop signs and railroad crossing signs.  She informed all adults, as they entered the house, that they could not comment on the noise, because the day was for the children.  Those grandchildren still embrace those amazing memories.

Carol also donated time supporting the Nemours Children’s Hospital and then later went back to work as a switchboard operator at Long Island Plastic Surgical Group.   In 1990, Carol and Walter, retired and left the big city life in the mirror.  They moved south to Port Orange, FL. Carol quickly realized that she was still too young to be fully retired, so she fulfilled a lifelong dream of opening a Travel Agency.  She owned and operated that business for several years.  She spent countless hours escorting large groups of seniors to Las Vegas and sharing all her knowledge and experience of the city.  She absolutely loved that business and never missed an opportunity to take full advantage of all the travel perks.  She loved to cruise with her husband and would pick up and go all the time, dining and dancing the days away.

Speaking of dancing, Carol and Walter, were quite the team.  They loved to dance and, in many ways, became one as they glided across the floor, each move anticipated and executed as gracefully as Fred and Ginger. Their song of choice was always “In the Mood” by Glenn Miller.   Many a time their family would watch as the people on the dance floor would stop to watch the electricity that they shared on the floor with that song.

Carol always said that she was the wealthiest person alive, not because of money, but because of the tremendous love and support that she felt from her family.  She would always say there is room for one more.  Whether it was a friend of her kids, or an animal in need, she would embrace them and make them feel as if they were part of this big crazy family from day one.  She would travel for hours to go rescue an animal that was in need or abandoned.  Bring them home, and with the assistance of the kids, she would hide them in the house from Walter.  The house rule was if they made it 24 hours, they were keepers.  On one occasion, she brought home a duck.  Yes! I said a DUCK! The duck lived in the backyard and she was able to keep him hidden for days, until Walter heard the quacks in the yard, but it was too late, the duck was part of the family!  This was how she lived her life.  She turned no one away…. gave love where love was needed.

Walter passed away in 2010 and in 2013 Carol decided to move with her daughter, Kathleen, and daughter-in-law, Bonnie, to Arizona to start a new beginning.  They tasked her with the new job of having fun!  No worries, no fears, no limitations- Just go have fun.  As she always did in the past, she exceeded expectations with her job….

Carol also had another passion, which was Bingo.  She never met a Bingo game she did not like.  She had a photographic memory and could play over 350 Bingo cards without ever marking a board or paper.  People would look on in awe of her ability to scan the table and pull out the winning card from of the sea of numbers.  Later in life, she acquired the nickname of “Bingo Mama” and when she would travel to Las Vegas for the Million-Dollar bingo games, she had her posse of family and friends that were known as “Mama’s Bingo Babes” in tow.  The group would dress up in sequin-fedora hats and colorful t-shirts and follow her lead and enjoy the family time together. The group would all wait while she assigned seats, handed out lucky charms and other goodies to make each trip that much more special. She would direct them to go buy their Bingo cards and would send them off with her famous quote, “Take Your Time, But Hurry Up!”.

Throughout the years, Carol proved to be an accomplished casino player.  She won countless awards in casino tournaments and her children would joke that they expected to see her name up in lights, “Appearing Nightly at the Video Poker Machines, Carol Cordiner”. In October of 2017, Carol received the prestigious honor of being inducted into the Las Vegas Fremont Hall of Fame as an Ace Player.  She received the award, and her photo is prominently displayed forever at the Fremont in Las Vegas, Nevada.

Carol is preceded in death by her Mother, Elizabeth, her adoring husband Walter, her lifelong friend “Kelly the Parrot” and many, many rescue animals.

The family requests those who wish to express sympathy to consider donating to the St. Jude Children’s Research Hospital in Carol’s name.