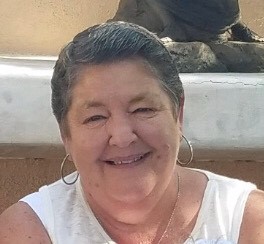 Bonnie Rae Hall, 62, of Coolidge, passed away on 09/20/2020, at Hospice of the Valley-Dobson Home after her battle with cancer.

Bonnie was born to the late Kathryn Kendall and the late Daniel Hall, October 27, in Lead, South Dakota. Bonnie graduated from Lead High School and received a certificate from Western Dakota Tech. She married the late Raymond Chesmore Sr. in 1981 and had two children, Mary and Andrew. They lived in Janesville, WI until their divorce in 1997 when she returned to South Dakota to be closer to family and raise her children. Bonnie was an avid reader, oftentimes exchanging books with her mother so they could discuss them. Bonnie’s greatest joy in life was becoming a grandmother to Erabelle and Everly in 2018, henceforth being known as Nana. Bonnie loved to dote on her granddaughters and to show them off to all of the residents at her 55+ community. Even as her health declined, her grandchildren made her smile.

Bonnie is survived by her children: Mary (Cindy) Kesmor and Andrew Chesmore plus her two grandchildren: Erabelle and Everly. She is also survived by her brothers: Lonnie Hall and Daniel (Kim) Hall, along with her sister: Konnie Hall-Grass. Bonnie was preceded in death by her mother, Kathryn Kendall and her father, Daniel Hall.

At her request, there will be no services. Donations can be made to Hospice of the Valley Dobson Home for their outstanding care during this difficult time.