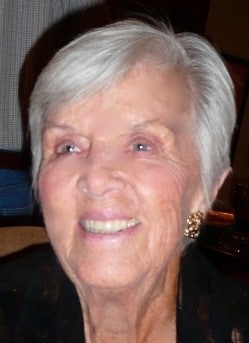 Betty’s early childhood was spent during the Great Depression. She grew up in Monticello being very much a “tom boy” as there were no neighborhood girls her age. She loved doing things with the boys, wearing bib overalls, going barefoot, exploring, playing marbles. She was always thankful for her Monticello heritage and made many lifelong friends there. She loved San Juan County, UT.

After graduation from Monticello High School in 1943, she moved to Salt Lake City, UT to attend L.D.S. Business college. After completion, she went to work for the Department of the Interior in Monticello. During the war she left to work for the Los Angeles Port of Embarkation in Long Beach, CA. After the war ended, she continued her studies at the University of Utah in Salt Lake City. She became engaged to Robert Noel Sitton who was also attending the University after serving in the Army. Coincidentally the Jensen’s and Sitton’s lived next door to each other in Monticello.

Betty & Robert were married July 1, 1948 in Monticello. They returned from school to live there so Robert could help his ailing father with the family business. In 1952, the family sold everything to purchase a cattle ranch outside Phoenix, AZ. The family pursued other business opportunities in Arizona and California.

In 1961, the Sitton’s settled in Scottsdale, AZ. Betty enjoyed the warmth and beauty of the Arizona desert. She was a devoted mother, grandmother and friend. Family meant everything to her.

Later in life she developed a strong testimony of Jesus Christ and became a faithful member of The Church of Jesus Christ of Latter-day Saints. She never complained, no matter the circumstances and always looked for the good in others.

After Robert’s death in 2000, Betty spent the rest of her life in Mesa, AZ at Leisure World Retirement Community. She enjoyed friendships and volunteering.

In lieu of flowers, do something nice for a stranger or help someone in need.

The Family extends a special thanks to the kind staff and nurses at Seasons Hospice, caregivers Marlon, Annette, and Rio, Bishop Hixon, various ward members and friends, Mulligan the service dog who visited often and Bunker Family Funeral Homes.