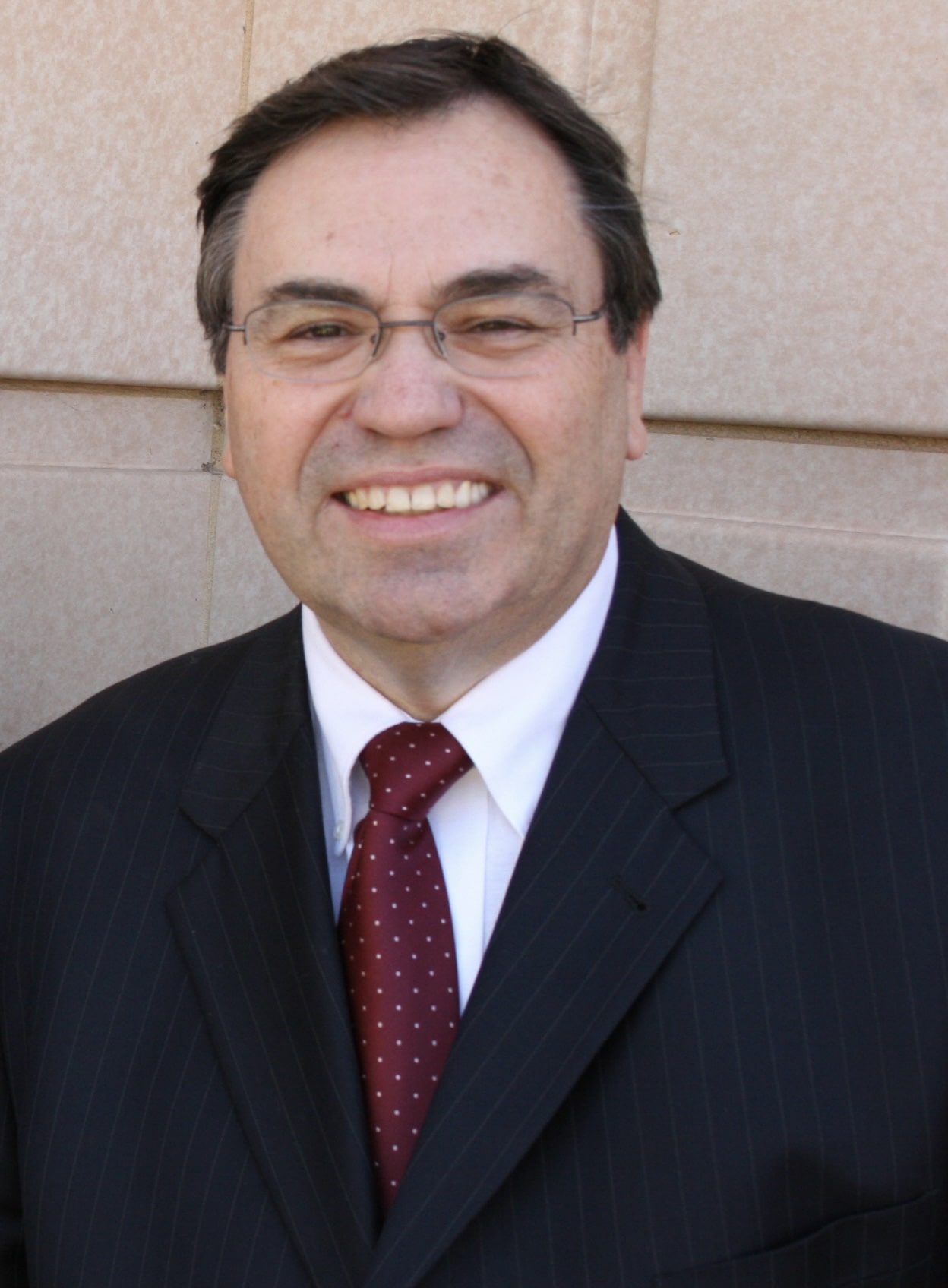 Barry Leon Hulet loved big. He loved with his whole heart so much so that he wore the first one out, and required a second one. He loved people, he loved things, he loved good food, he loved his testimony of Jesus Christ, and he loved using his brain, but the thing he loved the most was his family, most especially his wife, Cathy Armstrong Hulet. The story goes: he was reporting from his mission for The Church of Jesus Christ of Latter-day Saints. He had served in the Philippines mission, and picked up a little Tagalog, including the phrase “Mahal kita”, which means, “I love you”. This has nothing to do with the story, but it shows where his heart always was. So back to the story: He was standing up at the pulpit, staring down at the beautiful blonde girl in the back. He was transfixed by her beauty, while equally confused that she had no eyebrows. She was a blonde, after all, and this was pre-microblading. [Regardless, his heart was stolen, and that other girl that “kissed like a doorknob” from college, was long forgotten.] Cathy was still in high school, so he waited impatiently for her to grow up a little bit, asking her repeatedly to marry him. She finally relented, and they were married a year later.

Barry was the second of seven children, born in Twin Falls, ID to William Albert Hulet and Betty Mae Danks. He loved his siblings and parents immensely. Favorite stories include he and his brothers searching for Christmas presents, doing paper routes, camping, and playing pranks on each other (short-sheeting beds and shaving cream in the phone handset). Favorite moments with his sisters often included their brilliance, skill in the kitchen (cinnamon rolls and homemade candy), creative minds, and inappropriate humor. One particular memory includes his sister Heather encouraging Barry’s kids to write messages on the bottom of their feet and stick them out the window as truckers passed by. Barry talked with great reverence about his father, who he respected for the husband, father, and provider he is. He remarked on how he learned how to be that kind of person from his dad. Barry also genuinely adored his mother, for her crazy, fun, and generous heart. Barry celebrated holidays the way his mother had, going big, and soaking up every moment. [One favorite story he told about his mom, was reading her a romantic novel, and Barry interjecting made up spy characters and intrigue throughout the romantic scenes. Maybe you had to be there, but it was hilarious.]

Barry was a hard worker, and truly loved his work. He was a professional electrical engineer, and had stamps in almost every state, which should impress all of you that know what that means. He loved the companies he worked for and led, and loved his co-workers. He worked all over the world, including in Toronto, Ontario, Canada. While he was there, with the family in tow, he was blessed to acquire the greatest souvenir of all time, the baby of the family, Nicole. Barry had a feeling after Ben was born, that the presence of a little girl was in the hospital room, standing next to him. When having another child became impossible, he and Cathy fought hard to find that little girl. Barry often had spiritual impressions, and was guided by his love for Jesus Christ. The best part, was he would tell the family about these amazing experiences. Barry loved being honest and obedient, and it was often a joke because Cathy was a bit more into the “spirit of the law” way of thinking, but I digress. He was honest, and when leaving Canada, Nicole was not technically legal yet. The typical border crossing included asking if each person in the car was an American citizen. My dad would not lie (and apparently would have rather left Cathy and newborn in Canada than be dishonest). He prayed, with the family, that we could cross together and that he would not have to lie in front of his children. As he approached the border crossing, the man asked for the documents of Barry and Cathy, and then looked at the 5 scared kids in the back. He asked, “Are these all your children?”. Barry said yes, and we were waved on through.

Barry loved all of his children so much. He would brag about the accomplishment of his kids, grandchildren, and how he was pretty sure he could still beat them all in Scrabble. Barry loved getting to be near Christina and her family, and would look for excuses to hangout, babysit, or stop by on his way to dialysis. Barry loved visiting Brett up in Oregon, and talked about how impressed he was at what a loving husband and father Brett was, and such a fun person to be around. He may have also snuck in some free dental care, but that is not important. Barry would spend more time than any father should have to, listening to Jill on the phone, talking about the latest and greatest therapy insights, or the most interesting dad joke being told by her kids. He visited her and her family up in Billings, Montana, to play board games and bake them his famous NY Times Chocolate Chip Cookies. Barry called Ben every time he needed some wisdom, advice, or a plan into how to invest. He loved spending time in St. George with Ben’s family and seeing what a love was growing in those little boys. His favorite vacation was with Ben and Steph, as they took him on his first cruise. Barry adored his little souvenir Nicole, and probably still babied her, but loved the kind of wife and mother she is, and always had some story about the latest animal catastrophe happening in Nicole’s makeshift farm in Eureka, California. He talked to Nicole regularly, and enjoyed her impressive medical knowledge while dealing with all his own medical mysteries. All of his children and grandchildren became his greatest source of conversation and respect and joy. He recently had been sharing a heart-breaking experience of traveling the world of adoption with Christina, and having to say good-bye to one of the beloved children she had cared for. He talked about the heartbreak, the reaching out to heaven, and the comfort he received knowing that he and his family were being watched over closely by His Savior, Jesus Christ.

Barry loved his “lunch buddies”, his volunteer work at SNAP, his Sunday School class, and his many friends. But most of all, Barry loved Cathy. He wore out his first heart, and had to get a new one 10 years ago. We are all pretty sure it was a female heart, because Barry became even MORE sappy and tender-hearted. He talked often and long about how grateful he was for Cathy. He was impressed with her abilities, her talents, her housekeeping, her gift ideas, her gorgeous face, and so on. On and on he would go. Just this past week, Barry told one daughter that he was not afraid of dying. He knew death would bring a lot of joy and insight. He loved Jesus Christ, and death was not a scary thing for him. But Barry, concluded, he was afraid to leave Cathy. He wanted to just be with her until the end. Luckily, in the end, he will be with her forever.