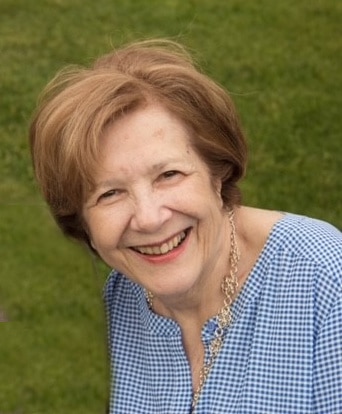 Anita Jo (Lencioni) Nugent was born in Chicago, IL on September 15, 1938 to Julius Lencioni and Mary (Festa) Lencioni.  She was the eldest of five children in the family, which included siblings Richard Lencioni (deceased), Eleanor Lencioni Duax, Joseph Lencioni (deceased) and Mary Christine Lencioni Bouris (deceased).  Anita completed her schooling at St. Scholastica High School in Chicago, IL.  She met the love of her life, Frank Nugent, at a high school dance.  They became inseparable, marrying on January 21, 1956.  Frank and Anita had three daughters, Mary Nugent Obee (Rick), Ann Nugent Welker (Stewart-deceased) and Patricia Nugent.  Anita worked at a variety of jobs outside the home but enjoyed spending time with her family and traveling most of all.  Many family summer vacations were spent at a lodge in Minnesota.  Over the years, Frank and Anita lived in Illinois, California and Arizona. Anita was an amazing artist, teaching art classes and showing her paintings in galleries and art shows in both Arizona and California.  In her later years, Anita loved being with her friends at her senior apartment home, Copper Springs, playing cards and spending time together.  Anita passed away on February 28, 2021, only six short weeks after the death of her beloved Frank.  She is survived by three daughters, two grandchildren (Michael Welker and Claire Obee McMichael) and two great-grandchildren.  Anita was a devoted mother, grandmother and friend.  She will be deeply missed by all who knew and loved her.

A celebration of Frank and Anita’s lives will be held at a later date.