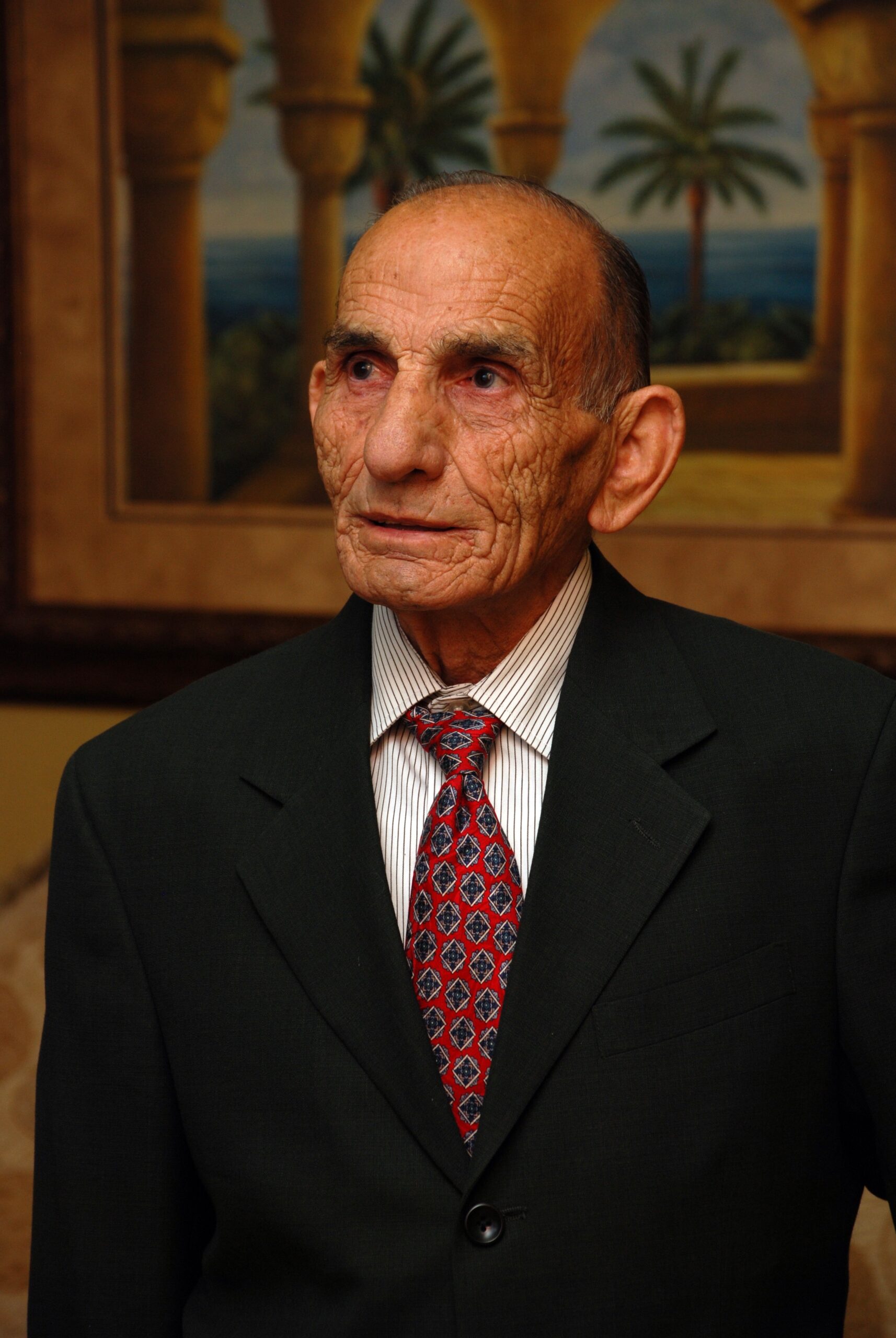 Albert was born in Jerusalem, Palestine in 1931 to his parents Suleiman Khalil Kassisieh and Shafika Suleiman Farraj. He was the youngest of all his siblings: Rafiha, Khalil, Shafik, and Toufic. Albert’s father owned a floor tile factory and his mother was a homemaker. Albert’s grandma Rifka George Dabbah was a religious and good hearted lady, respected by the members of the family. She was a woman of faith; active in the church and blessed the less fortunate in the community with the little she had. Albert learned what it meant to revere Jesus and be a giver, to others, from his grandmother.

While growing up in Kattamon (East Jerusalem), Albert was involved with the Boys Orthodox club where he played soccer and went on expeditions of the Palestinian countryside. Later, he worked for the Kassisieh family business. After the 1948 Arab-Jewish conflict and war Albert worked with the UNRWA (United Nations Relief and Works Agency) providing humanitarian aid and services to those displaced by the war.  A refugee himself, he never dwelled on the tragedy of the predicament and would often say “We were refugees and we were happy…”. Later, Albert returned to the family business which now operated in Amman, Jordan.

Albert was a big believer in education since he was not able to complete his own. This, along with the hope of freedom and peace, inspired him to create a better life for his family. In 1969, Albert, his wife Samira Farraj Kassisieh, and their two sons Sulieman and Samer, were first-generation immigrants to the United States of America. They settled in Iowa where his brother-in-law Hanna Farraj and his wife Myrna and family lived. Albert worked 80 hours a week for two years upon their arrival to fulfill the aspirations he had for his family. He helped maintain the functionality of the University of Iowa Hospitals and Clinics for 22 years. Upon his retirement, he and Samira moved to Gilbert, Arizona to live near their sons.

One of Albert’s hobbies was gardening. We nicknamed the backyard of his Arizona home “The Garden of Eden”. He planted multiple citrus, pomegranate, fig, almond, and apple trees. He spent his time caring for, harvesting, and sharing the fruits of these trees with his friends and family.

Albert was blessed with a long life and found much joy in his five grandchildren: Amani and Amber (from Samer and Rula) and Albert, Joseph, and Nicholas (from Suleiman and Adeline), as well as one great grandchild Judah.

In his 92nd year on the earth following a long battle of oral cancer, Albert was very eager to meet his Lord and Savior Jesus Christ and going to be with Him in heaven where there will be no more death or mourning, or crying or pain.

Anyone who knew Albert understood he had a certain way of doing things. The work of his hands resulted in perfection and precision in virtually anything he touched.  He was the family handyman and could fix practically anything. Similarly, many commented on how his handwriting was absolutely exquisite.

While we will miss so much about Albert, the partial list below will be missed the most.

He always bestowed a blessing in the name of the Lord to loved ones until they would meet again.

Showed love by acts of service and words of encouragement. He taught his boys to be bold and courageous and to fear not.

He could tell the town of origin in Palestine of virtually any family provided their last name. He had an amazing memory remembering people’s names or places.

An avid sports fan he loved to watch professional and college sports. He loved attending Iowa football games in person, and was a big supporter of Hayden Fry the coach.

One of Albert’s favorite Bible scriptures is from John 1:1

Albert blessed others around him with his giving serving heart. He gave himself and everything he had to those around him. It was his way of showing his love to others.

He taught us excellence, patience, kindness, perseverance and much more. He will be dearly missed by us all.