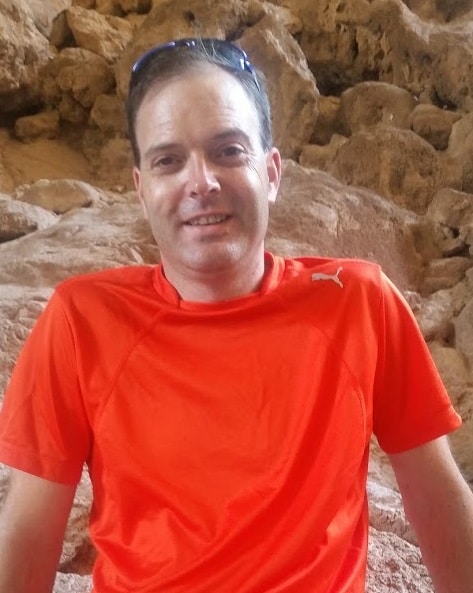 Anthony “Tony” Capstick lost his courageous battle with cancer on Saturday, March 20th, 2021.  He passed peacefully at home surrounded by his loved ones.

He leaves behind the love of his life Kimberly  Capstick, son Jake Capstick, step-daughters Nicole and Isabel Hamblen,  and grandchildren Robert, Lilith, and Oliver.  He is survived by his parents Patricia and Joseph Bakula and his brother Chris (Karen) Capstick.  He will also be missed by many other family members including his in-laws Robert Gannon, Lynn and Joseph Rieger, his sister in-laws Kristen (Chris) O’Barr  and Kelly (John) Gannon in addition to many nieces and nephews.

Tony was born on March 4th, 1970 and grew up in Cleveland, Ohio.  He graduated from Baldwin Wallace University in 1992 with a BS in Computer Science. Tony excelled on the track team throughout high school and college.  He moved to Arizona in 2009 and continued his career in IT Services at Wells Fargo Bank.

Tony was a loving husband and a devoted father.  He loved cruising in his 2014 California Special Mustang heading out on weekly date nights with Kimmy or taking rides with Jake blasting the tunes.  Tony and Kimmy loved to travel and find new spots in Arizona to explore.  He was an avid sports fan and spent game days with Jake, cheering on their beloved Ohio State Buckeyes, Cleveland Browns, and Cleveland Cavaliers.  Weekends were spent with friends and family, swimming, grilling, and listening to his famous playlist in the backyard.

A private Celebration of Life was held on Friday, 3/26/21.  In lieu of flowers, memorial contributions may be made to the Best Buddies Program at https://www.bestbuddies.org/donate-to-best-buddies/