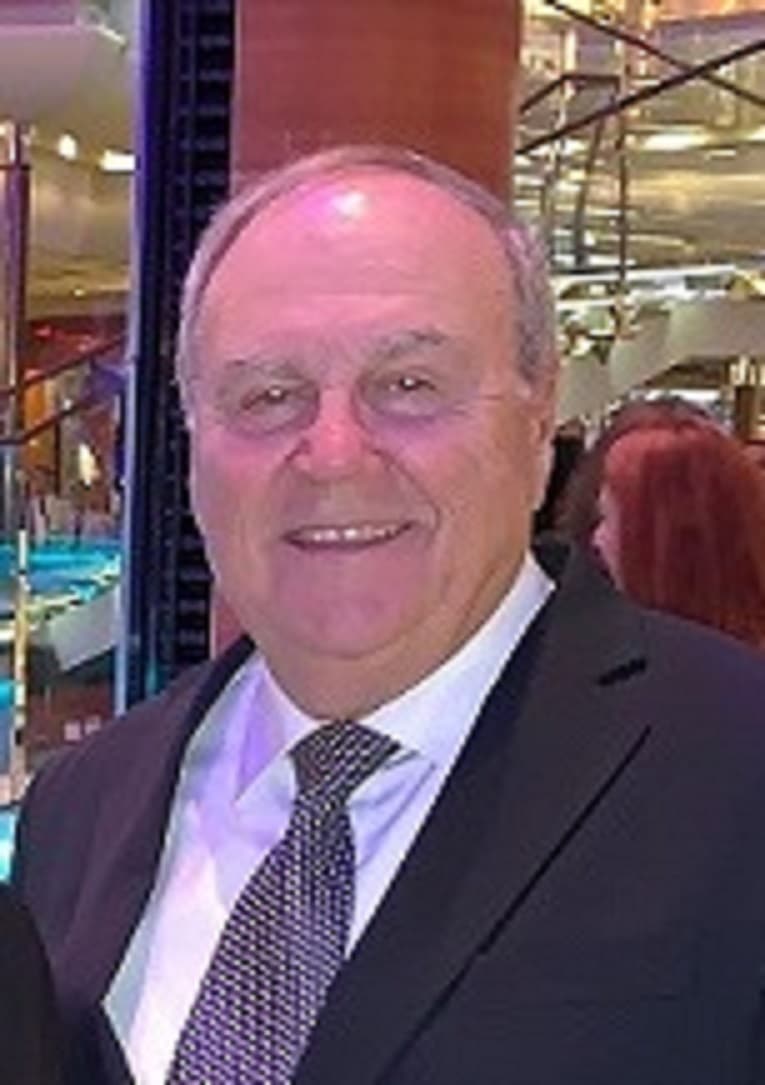 David Cimo passed to his eternal home peacefully, June 2022 in Arizona with his youngest son Brad and family and in the presence of his beloved wife Edie his “best friend” of over 54 years! Edie was literally the light of his life, a fact that was known by all who spent any time with David.  His sons Brent and Bryan and grandchildren had also spent time with him recently.

David committed his life to Christ at an early age.  He was the oldest born to Grace and David Cimo.   His siblings were Dan, Don, Linnea and Rebecca.  His childhood was amazing as he grew up in NW Chicago making friends with train conductors, airline pilots and many others.  He enjoyed adventures and in his free time he flew and rode on trains and buses.  This later led him into the role of transportation.  He never knew a stranger.  He was active in church youth group and since his father played organ and piano he and his twin brothers sang often in church.  Everyone loved this energetic aspiring young man.

David met Edie, the love of his life, in college and four years later they married and were blessed with three wonderful sons Brent, Bryan, Brad. As grandkids Christopher, Tristan, Dante and Iliana, and later Kate came along, their life was very blessed.

His military career was in the National Guard and the Air Force. His education had taken him into the field of transportation, piloting, and being CEO of several companies.  He started and operated three small airlines.  To keep busy in his retirement he was a manager at a Fed X.  He always included his employees as extended family.

David said it was a good thing that when he met Edie she also had an adventurous spirit as they often traveled the world over!  David said their life would not be boring!   David had meetings in London with Lloyds of London and the CAB in Washington, D.C.  He was talented in communication and that served him well. David always made sure Edie could go with him on the many travels.  David’s travels with Edie took them on missionary trips to Brazil. Travels also included the boys as well to many places.

David had a God given drive and an amazing ability to live life in the blessings he held dear to his heart. The many trips Edie and the boys spent were always memorable as he was so much fun and always wanted us to have a very good time.  He never took himself too seriously and we all laughed a lot.  He was quite selfless.  He thought of others and helped them selflessly.

David and Edie found time in later life after their boys left home to mentor a family in Colorado.  The parents and children Carmen, Brandon, Angel, and Mariah and now their children gave them reasons that enriched their lives.   They blessed us with their own five children and now two more on the way.

The measure of the worth of a life is not the summation of his secular accomplishments, but the positive effects that he stimulated in the life of others.  He was an effervescent life example to his friends and family.  He enjoyed teaching Sunday School and was active in church for many years and served as a Gideon in Colorado.  He had several hobbies, among them he loved to travel, model railroading, photography, and going on outings that included amusement parks for the boys, eating out and family reunions and time with family and friends.  He could see a plane flying overhead and could identify it and tell you where it was headed!

He will be greatly missed by many.  He lived an amazing life for the glory of God.

A memorial celebration of life will be held at a later time to be announced.